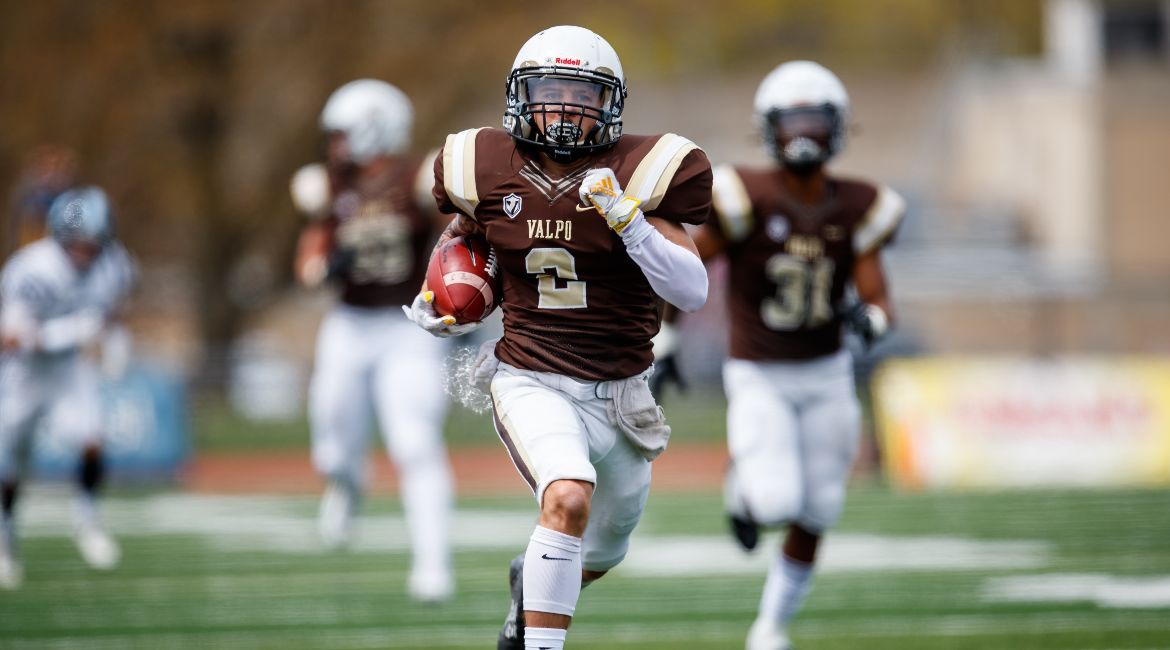 Also named the PFL co-Special Teams Player of the Week earlier this week, Gedrys blocked a pair of PAT attempts in Valpo’s one-point victory over the Toreros. His efforts helped deny San Diego a share of the PFL title, snapping their streak of six straight. Gedrys became just the third player in the FCS nation to block two kicks in the same game this season. He turned away one extra point in the first quarter and one in the fourth quarter of a win that wrapped up Valpo’s best winning percentage since 2003 and represented the team’s first triumph over San Diego in 18 years. Gedrys now has four blocked kicks in his Valpo career.

Maxwell put an exclamation mark on a strong season as a return specialist by providing an 86-yard kickoff return for a touchdown in the first quarter of the win over San Diego. The rookie averaged 37.8 yards over four kickoff returns in the season finale, helping him cap his season as the FCS national leader in kickoff return average at 29.8 yards per return. Maxwell tied with Wofford’s T.J. Luther for the FCS lead, but had twice as many kickoff returns.

In addition, Valpo received Honorable Mention for FCS National Team of the Week from Stats Perform after its 20-19 win over San Diego.