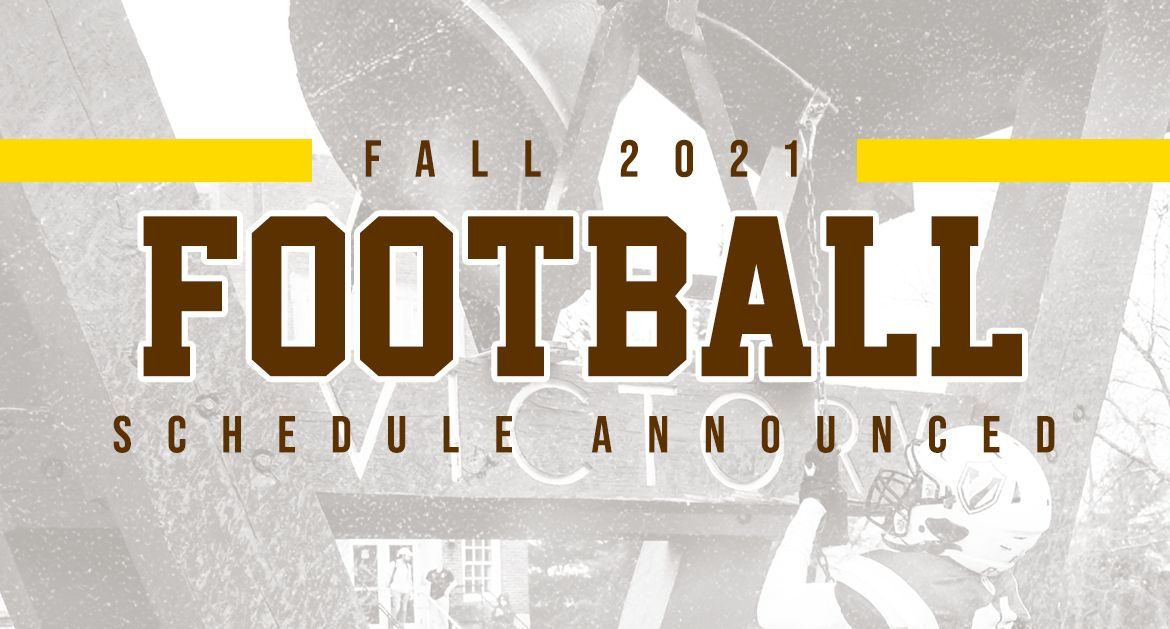 After finishing with the program’s best winning percentage since 2003 and achieving the team’s highest finish in the Pioneer Football League standings since that same season during a successful Spring 2021 slate, the Valparaiso University football team has revealed its schedule for the Fall 2021 season.

Valpo will kick off the autumn docket on Saturday, Sept. 4 with a visit to Indiana Wesleyan, an instate foe in Marion, Ind. and a member of the Mid-States Football League.

The Brown & Gold will face a significant test in Week 2 as the program visits North Dakota State on Saturday, Sept. 11. The Bison finished the Spring 2021 regular season ranked No. 6 nationally by STATS Perform FCS and No. 7 in the FCS Coaches’ Poll. They are currently the defending national champions after winning the 2019 title and reached the quarterfinal round in the Spring 2021 FCS Playoffs. In 2019, North Dakota State completed the first 16-0 season in modern college football history and won its eighth national title in a nine-year span. The game will take place at the Fargodome in Fargo, N.D, Valpo’s second visit to North Dakota State and first since 2004.

Valpo will open the home portion of the schedule on Saturday, Sept. 18 by welcoming Ivy League member Dartmouth to Brown Field. While the Ivy League did not participate in the 2020-2021 season, the Big Green are coming off a 9-1 record in the 2019 campaign, when they won a share of the Ivy League title.

After garnering the program’s first victory at Drake in the spring, Valpo will look to sustain its success in Des Moines as the team visits the Bulldogs on Saturday, Sept. 25 to open Pioneer Football League action. The home PFL slate will commence a week later as Marist comes to town on Saturday, Oct. 2, which is slated as Valpo’s Homecoming game.

Valpo will clash with a first-time opponent on Saturday, Oct. 9 as the team heads to Saint Paul, Minn. to battle the newest member of the PFL, St. Thomas. A nationally-ranked program at the Division-III level, the Tommies went 8-2 during the 2019 campaign, winning a share of the Minnesota Intercollegiate Athletic Conference crown.

Another new PFL member is on the slate for Nov. 6 as Valpo welcomes Presbyterian to Brown Field. The Blue Hose previously participated in the Big South Conference before competing in a PFL schedule, albeit not yet as an official league member, during the Spring 2021 campaign.

After sweeping two games in the instate rivalry in Spring 2021, Valpo will look to keep possession of the Hoosier Helmet this fall when the team visits Butler on Saturday, Nov. 13, the final road date of the regular season. The squad will close out the home slate a week later when Morehead State comes to Northwest Indiana on Saturday, Nov. 20.

In only his second season at the helm, head coach Landon Fox was named a national FCS Coach of the Year finalist. Valpo produced its first PFL Offensive Player of the Year and PFL Special Teams Player of the Year in program history while boasting its highest number of first-team all-conference selections since 2005.