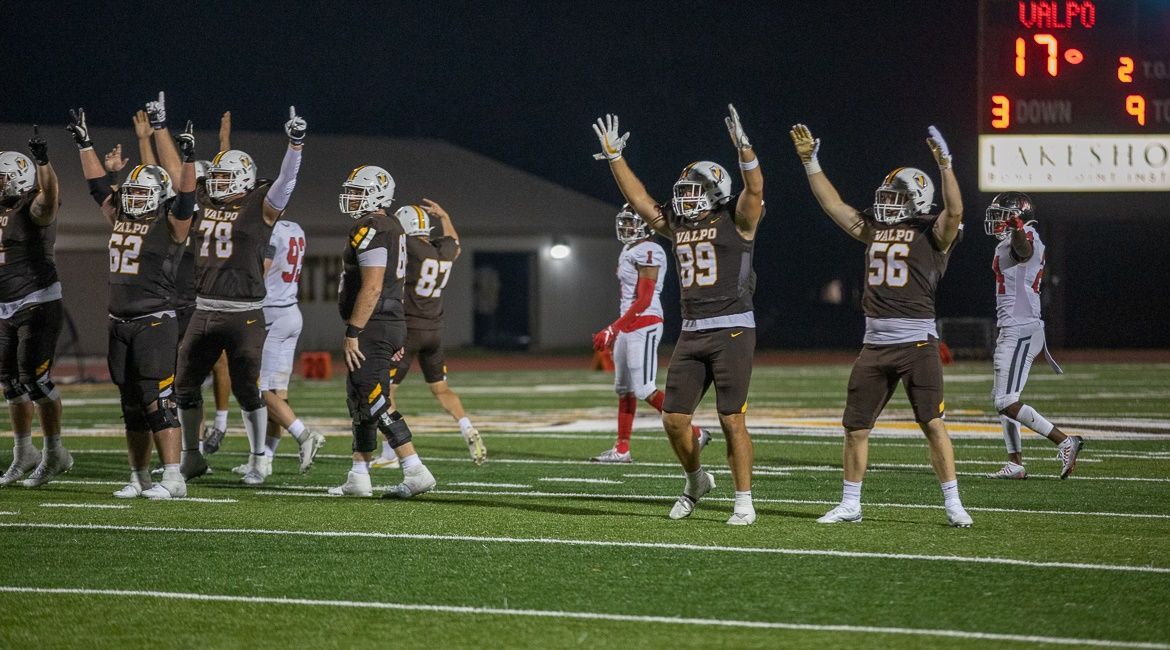 The Valparaiso University football program has announced its team awards for the opening week of the 2022 season after a 20-17 victory over Indiana Wesleyan on Saturday night at Brown Field.

Dawson had 147 yards on 22 carries in his Valpo debut, while Spelman had five tackles, 2.5 tackles for loss, 1.5 sacks and a forced fumble. Bartholomew went 2-for-2 on field goals and 2-for-2 on extra points on a night that was highlighted by a career-long 50-yard field goal that snapped a 17-all tie with 1:36 remaining. He was also named PFL Special Teams Player of the Week.