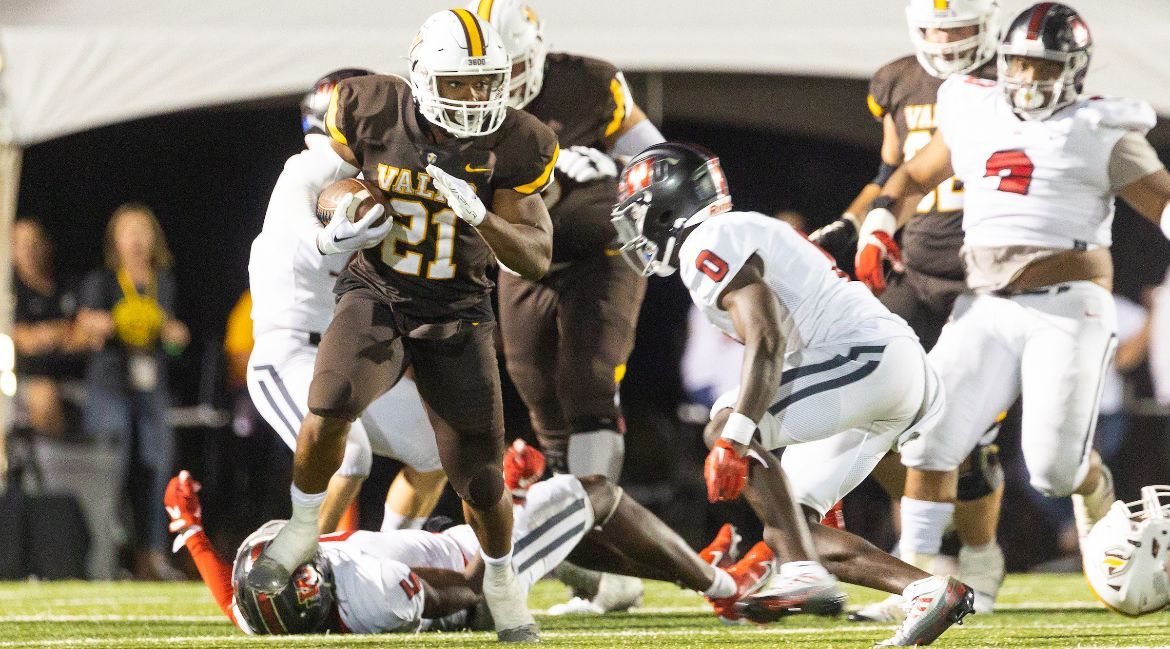 The Valparaiso University football program faced adversity time and time again on Saturday afternoon at Jayne Stadium in Morehead, Ky., but each time the team had a response. In many cases, that response was Aaron Dawson (Westbury, N.Y. / W.T. Clarke / Milford Prep [Central Connecticut]), who ran for 241 yards as part of 574 yards of total offense in a stressful yet thrilling 40-35 road win at Morehead State. The victory kept Valpo in the Pioneer Football League title mix and snapped a seven-game road losing streak in the head-to-head series with the Eagles that dated back to 2006.

On the Second-Half Rushing Attack: “Aaron Dawson is such a good player; he has the ability to hit the hole, and when he hits it, he hits it fast. Give credit to our offensive line for creating those holes, and when he gets downhill, he’s tough to tackle.”

On the First Win at Morehead State since 2006: “In the moment, you don’t really think about those things, because you’re just trying to win a football game, but obviously afterward it feels good to be able to come down here and win in a place that we haven’t won in a long time. It was stated, I’m not going to hide from the fact that that was something we mentioned to the team at the beginning of the week.”

On overcoming adversity: “We had to overcome a lot of adversity, some of which was self-created in terms of the blocked punt for a touchdown and interception for a touchdown. That’s on us, but I’m proud of our ability to overcome those things. We had two quarterbacks go down and our third quarterback came in and did the job. That was the talk in the locker room after the game. We’re building a program where one or two guys can go down, and we still have the ability to win the game. That next-man-up mentality makes me, our staff and our players excited.”

On Appel’s First Half: “Mikey can throw it, and he’s a big guy back there so he can see the field really well. I’d like to say that would have continued if he didn’t get hurt. He just had a misread on the interception, and we haven’t done that very much this year, and those things will happen every once in a while. It was unfortunate that he got injured, because we know he would have come back from that and finished off a good day.”

Valpo (4-3, 3-1 PFL) will attempt to garner a second straight road victory with next week’s visit to Dayton. The game will kick off at noon Central Time.