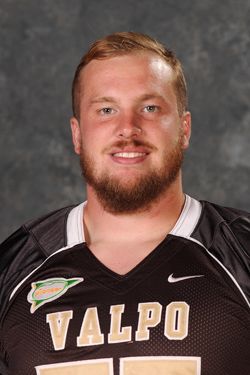 2012: Started 10 games for the Brown and Gold as an offensive lineman...named to Pioneer Football League Academic Honor Roll.

2011: Appeared in all 11 games for the Crusaders as a rookie ... made collegiate debut against Franklin on Sept. 3 in the season opener ... named to the Pioneer Football League Fall Academic Honor Roll.

Prep: A three-year letterwinner for the Huskies ... a First Team All-Eastern Kansas League selection as a senior after earning Second Team accolades as a junior ... a First Team All-County pick in 2010 ... earned Honorable Mention All-Area honors as a senior ... participated in the Metro All-Star game as well as the Kansas East/West Shrine Bowl in 2010 ... recipient of team’s Coach’s Award as a senior ... also competed in wrestling and track and field.

Personal: Stuart is the son of William and Rachel Barkley ... major is mechanical engineering ... born Oct. 4, 1992.