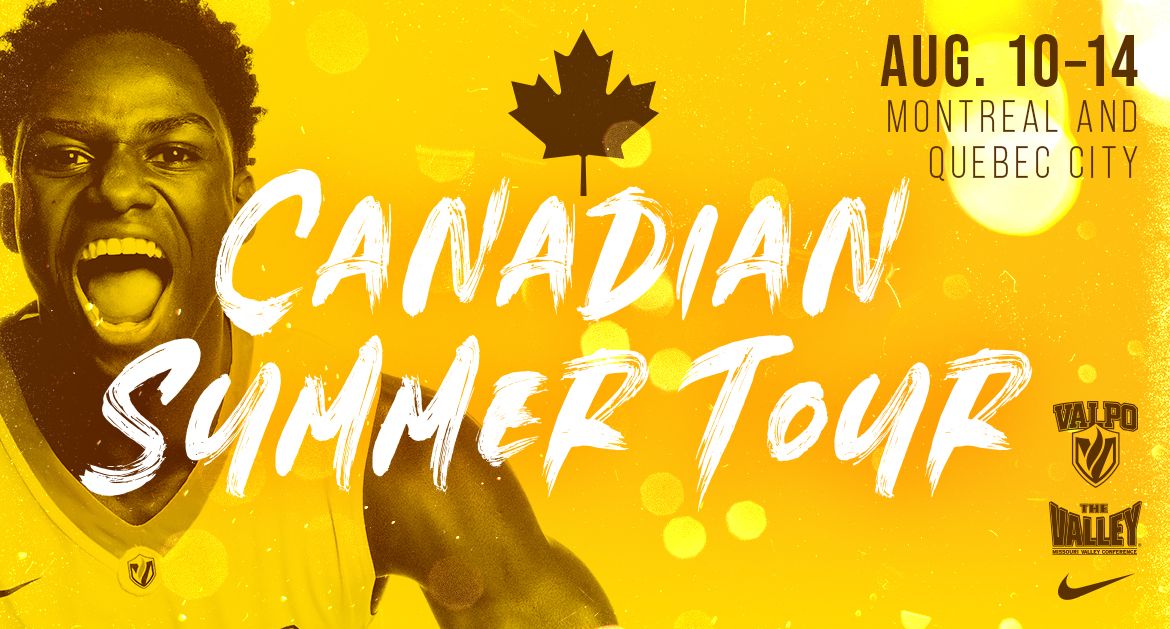 When the 2019-2020 Valparaiso University men’s basketball team takes the court in a game situation for the first time, it will do so north of the border.

The program has announced plans for a Canadian Summer Tour, which will span from Aug. 10-14 in Montreal and Quebec City. The preseason trip and allotted practices for the trip, which begin on Monday, July 29, will allow Valpo to get a head start on preparations for the new season.

“The foreign tour will provide our program with the opportunity to gain valuable experience as we prepare for the coming season,” Valpo head coach Matt Lottich said. “We look forward to getting on the court in game situations against high-level competition and integrating our newcomers with our returning players. In addition, the foreign tour will give our players chances to grow and create memories both on and off the court.”

The NCAA permits programs to take one foreign tour every four years. In addition, the NCAA allows up to 10 practices leading up to the trip. This will mark the third such venture for the Valpo men’s basketball program, which visited Cancun in 2010-11 and Canada in 2015-16. The 2010-11 trip preceded a 23-win campaign that culminated in a postseason berth, while the 2015-16 team went on to win 30 games and reach the championship of the Postseason NIT at Madison Square Garden.

Valpo played both McGill and Carleton during the program’s 2015-16 trip to Canada, while Concordia and the University of Quebec will be first-time opponents. Carleton is coming off its 14th U Sports national championship. The trip will be homecoming for Valpo sophomore Daniel Sackey, who hails from Winnipeg, Manitoba, Canada and freshman Ben Krikke, who hails from Edmonton, Alberta, Canada.

The Canadian tour will lead into Valpo’s third season in the Missouri Valley Conference and fourth season under Lottich’s direction.