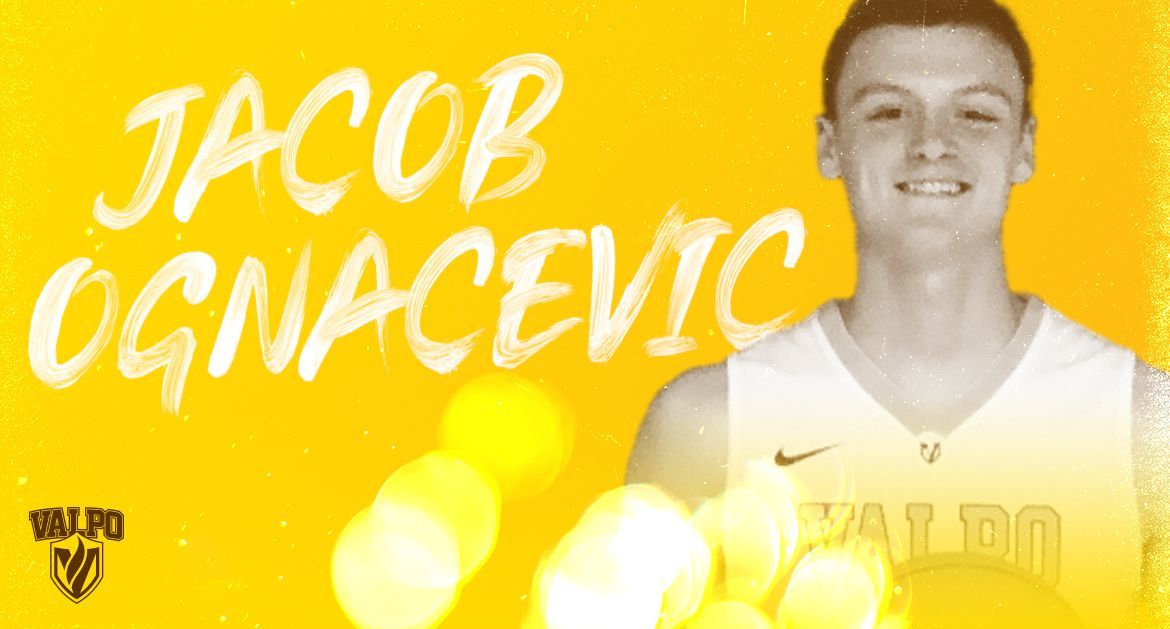 “Valparaiso has a really special player,” Verhagen said. “I don’t think people realize how special he’s going to be and how much of an impact he could make beginning in a couple months. He’s going to turn a lot of heads; he’s not just another player.”

Ognacevic shattered the Sheboygan Lutheran scoring record that was held by Sam Dekker. Verhagen, who was an assistant coach during Dekker’s prep days and was the head coach throughout Ognacevic’s high school tenure, compared the Valpo freshman favorably to the former University of Wisconsin standout who went on to play in the NBA from 2015-2019.

“JO’s progress from the time he arrived here to the time he graduated was unlike anybody I’d ever seen except for Sam,” Verhagen said. “Their work ethics mimic one another. They just don’t put the basketball down. JO had God-given height and strength, but he grew muscle-wise through hard work and determination by living in the weight room and gym. When you see somebody work like that and dedicate their entire life to that transformation, they’re destined for greatness.”

Ognacevic was named to The Associated Press All-State First Team following his senior season in 2019-20 while also earning Herald Times Player of the Week, All-Big East Conference Player of the Year and Wisconsin Basketball Coaches Association All-State First Team. A finalist for Wisconsin Mr. Basketball, Ognacevic led his team to a 27-2 record and the state title in Wisconsin Division 5 as a junior and was on his way to a repeat before the 2019-20 season was cut short due to COVID-19.

“I remember playing on the big floor in Madison with all of our fans there and our student body there,” Ognacevic said. “Winning the state championship with all of my teammates was a great experience. It was a weekend I’ll never forget.”

Ognacevic led the state in scoring at 39.4 points per game his senior year and finished his prep career with 2,501 points, sixth in the history of Wisconsin. He became just the third player in Wisconsin history to score 1,000 points in a season and would have likely shattered the state’s single-season record if it weren’t for the COVID-19 shutdown.

“JO’s success is going to translate extremely well to the next level,” Verhagen said. “His ability to score at all three levels is one of his biggest attributes. It makes it very difficult for an opposing coach to game plan against him. He can shoot extremely well from deep, his midrange game has come along and his ability to score off the dribble is something he worked a lot on at this time last year. I’m excited to see how much success he has at Valpo.”

One of the most memorable moments from a storied high school career came when Ognacevic reached the 2,000-point precipice. The spectacular achievement came in grand fashion as he was projected to hit the milestone in an away game, but went off for 54 points against Ozaukee on Jan. 23, 2020 to score his 2,000th point at home.

“Everyone assumed I was going to get it during the next game, but I had a really big first half,” Ognacevic said. “At halftime, I asked my coach if I could go for 54 and get my 2000th point at home. All of my teammates wanted me to do it at home, so they gave me the ball on just about every possession, which was really cool. It was a nice celebration and a great experience.”

Ognacevic played AAU for the Wisconsin Playground Warriors, where he competed with and against other Division-I prospects, an experience that will serve him well as he transitions to the collegiate level.

“I know the competition level is going to be high in college and it’s not going to be as easy to score,” Ognacevic said. “I think it will be a smooth transition for me because I played with and against a lot of very talented players. As long as I keep working hard and listening to my coaches, I think I’ll do well.”

It’s so far, so good when it comes to adjusting to life on a college campus for Ognacevic.

“It’s different no longer living with my parents, but it’s been a good transition,” he said. “I’m getting used to shooting at the ARC, living in my dorm and eating at the dining hall. I’m really liking our coaches; they’ve already taught me a lot of new things I can use in our games. I’ve had a chance to spend a lot of time with my teammates, and we’re all one big friend group. Everything has been very good so far.”

Click here for a profile on Valpo freshman Connor Barrett.