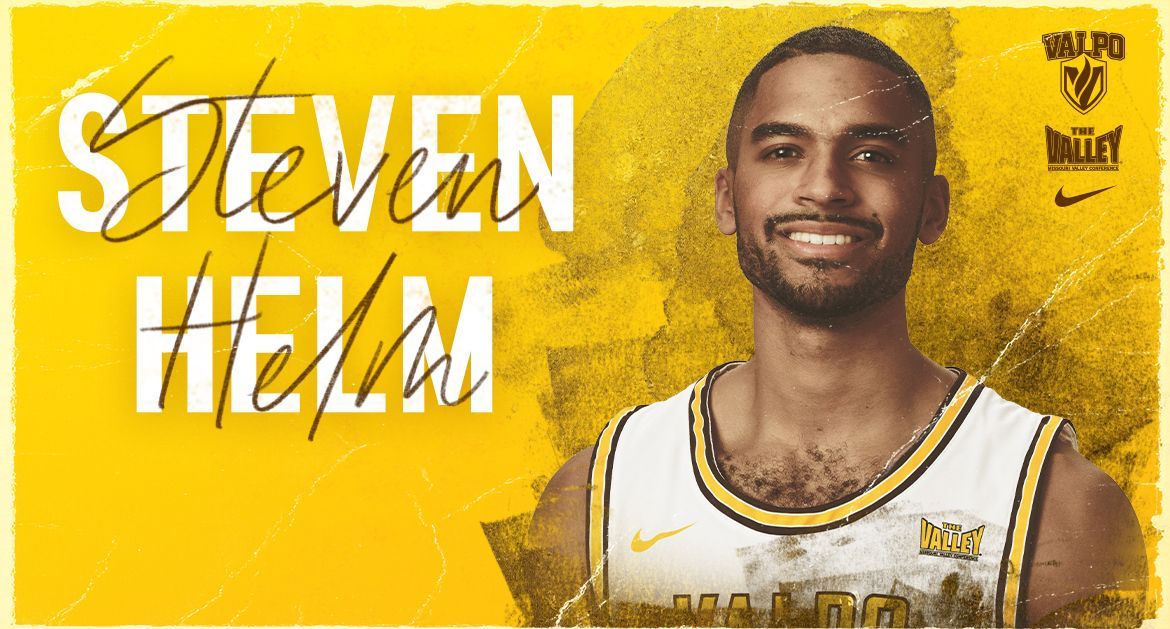 Since the last time Steven Helm III was a member of the Valparaiso University men’s basketball program, a lot has changed.

The only player remaining in the program from that 2017-2018 season is Mileek McMillan, and only head coach Matt Lottich and associate head coach Luke Gore remain on staff. The program has grown from a first-year Missouri Valley Conference member to a team coming off its first appearance in the conference’s title game.

And much like the program itself, Helm has grown and changed over the last two years, which he spent in Japan serving a mission for his church, The Church of Jesus Christ of Latter-day Saints.

“It was the hardest, toughest grind I’ve been through in my life,” Helm said. “It was also the most rewarding, spiritual and uplifting thing I’ve ever done. If I had a choice, I’d still be there. The people were amazing. Learning a language and a culture was amazing. Teaching about Christ and fulfilling my duty was amazing as well.”

A typical day started at 6:30 a.m. with a run or some pushups, then Helm got ready and studied the language for about an hour. Following that, he spent time studying with his companion, then did his best to serve by teaching others and finding people to teach. He was called on to fulfill a leadership role, so occasionally traveled via train to mission headquarters for a full day of meetings.

Opportunities to pick up a basketball were few and far between during Helm’s mission, but he did manage to do so from time to time.

“I did hoop a little bit by going to the park and messing around in a suit and tie,” Helm said with a laugh. “I was balling it up as a cool American. I did get a couple dunks in wearing church shoes. I was happy Coach Lottich and Coach Gore stuck with me and trusted me enough to keep my spot on the team throughout the whole process. I’m surprised I’ve been able to play at a high level after a long layoff, and I’m still working to get back up to speed. I’m very blessed to be part of the team.”

In his first and most recent year with the program, Helm sat out the 2017-2018 season due to transfer rules after coming in from NAIA Carroll College in Helena, Mont., where he played for one season as a freshman in 2016-2017. Helm, a Valparaiso High School product, played for fellow Northwest Indiana native and Andrean alum Carson Cunningham, who is now the head coach at Incarnate Word.

Helm, who was born in Montana, was a two-sport athlete at Carroll, where he competed in both basketball and track & field. He found success in both, helping his team finish fourth in the country on the hardwood to garner a No. 1 seed in the national tournament before earning All-American status in track & field by placing at nationals.

After one year at Carroll, Helm’s plan was to depart for his mission during the 2017-2018 academic and athletic year. He transferred his credits to Valpo in case he needed to stay in town for a few months and go to class close to home before leaving for his mission. Then, he was told he would have to wait a year before beginning his mission, and that’s when he heard from the Valpo basketball staff.

“Since I was going to be in town that year, I couldn’t turn down the opportunity to help out a storied program like Valpo,” Helm said. “What I’d like to think is that they figured out I can actually play, and decided they should keep me around. Coach Lottich said that they’d love to have me stay, but I told him I had to go serve. He said, ‘We hope you’re ready to play when you come back.’”

Helm’s ties to Valparaiso University run deep, as his mother Kelly serves as the Chair of the Kinesiology Department and an associate professor. His father Steve Jr., an All-American and Hall of Famer at Montana State Northern during his playing days, served as an assistant coach for the Valpo women’s basketball program for four seasons from 2010-2014.

“When we moved to Valpo for my dad’s job, I got to come to games and watch some great players like (Ryan) Broekhoff, (Erik) Buggs and E. Vic Nick (E. Victor Nickerson),” Helm said. “I got to know those guys as they came through. Ryan was one of my mom’s students. I got to watch games at Valpo while I was at Valpo High, and knew I’d love to play for the University because of how nice the community has treated me. I feel like giving my all on the court is my way of giving back.”

A self-proclaimed “movie buff” and “Star Wars nerd,” Helm is an eagle scout, enjoys video games and lists Saving Private Ryan among his favorite movies. On the court, he vividly remembers his final high school game, which came against Crown Point in the sectional final. The Bulldogs were led by current Purdue player Sasha Stefanovic.

“Both of our teams were really good, and it was one of the most fun atmospheres we ever played in,” Helm said. “I hit an and-one and made the free throw to put us up three with five seconds left. I guarded Sasha up the court and he hit a half-court shot in my face to tie the game. We lost in double OT.”

Although a sectional title wasn’t in the cards for the Vikings, Helm went on to earn hardware at Carroll, where the Fighting Saints became regular-season and conference champions before earning a national tournament berth. He hit back-to-back 3s to tie the game in a key national-tournament victory. Helm shot free throws at a 94.4 percent clip (67-of-71) during his season at Carroll and did not misfire from the charity stripe during the national tournament.

“I’m known to be scrappy and work hard,” said Helm when asked what Valpo fans should expect from him on the court. “You’re also going to see a lot of leadership. I think I bring maturity and basketball IQ to the table. I want to play smart and help our team stay together. I also like to shoot the 3. At Carroll, we had a few All-Americans, so my job was to play defense and hit open shots. I guarded some of the best guards in the conference. I hope fans are going to see a lot of high-energy defense. I’m always going to give it another shot when I’m knocked down, and you’ll never see me give anything less than 100 percent.”