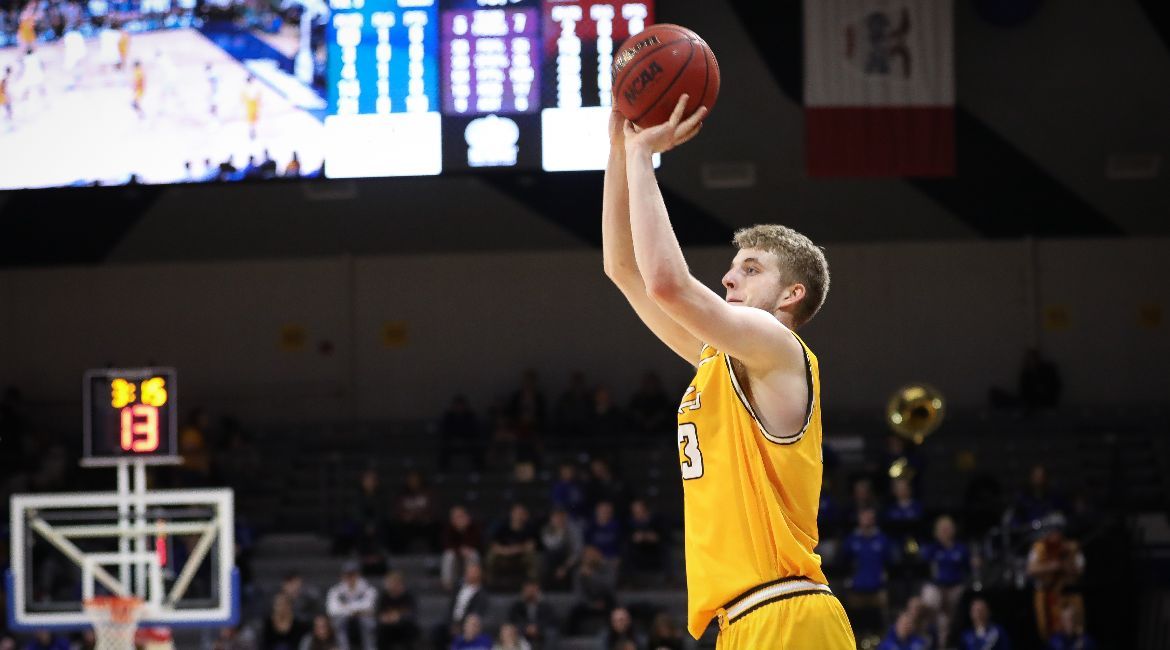 Ben Krikke scored all 13 of his points after halftime on Friday.

The talented frontcourt tandem of Ben Krikke (Edmonton, Alberta, Canada / Jasper Place) and Mileek McMillan (Merrillville, Ind. / Merrillville) was on full display in the season opener on Friday night, but the Valparaiso University men’s basketball team came up shy in a 77-71 setback against Southeastern Conference opponent Vanderbilt at Memorial Gymnasium in Nashville. Valpo led by five with under six minutes remaining, but an 11-0 run by the host Commodores proved pivotal in a game of bursts.

“It felt amazing to be back on the floor. Playing felt very normal, and that’s something we’re all looking for at this time. We’ve had six practices before this game as a full team, so there was a little bit of rust. We have to try to make sure we don’t let one loss turn into two and make sure we get better with each game. One of our goals is to be a better rebounding team this year, and they beat us by 10 on the glass. We had a high assist total, but also a high turnover total. We had some jitters to start this game. Ben did a good job of being patient and letting the game come to him. He was unstoppable for a stretch in the second half. There is some expectation that you’re going to turn it over in your first live action, but we have to take better care of the ball going forward.”

Valpo (0-1) will continue a stretch of three straight road games on Tuesday night with a quick trip over the state line to battle UIC. The matchup tips at 6 p.m. on ESPN3 and on 95.1 FM Valparaiso, WVUR. Links to live coverage will be available on ValpoAthletics.com.