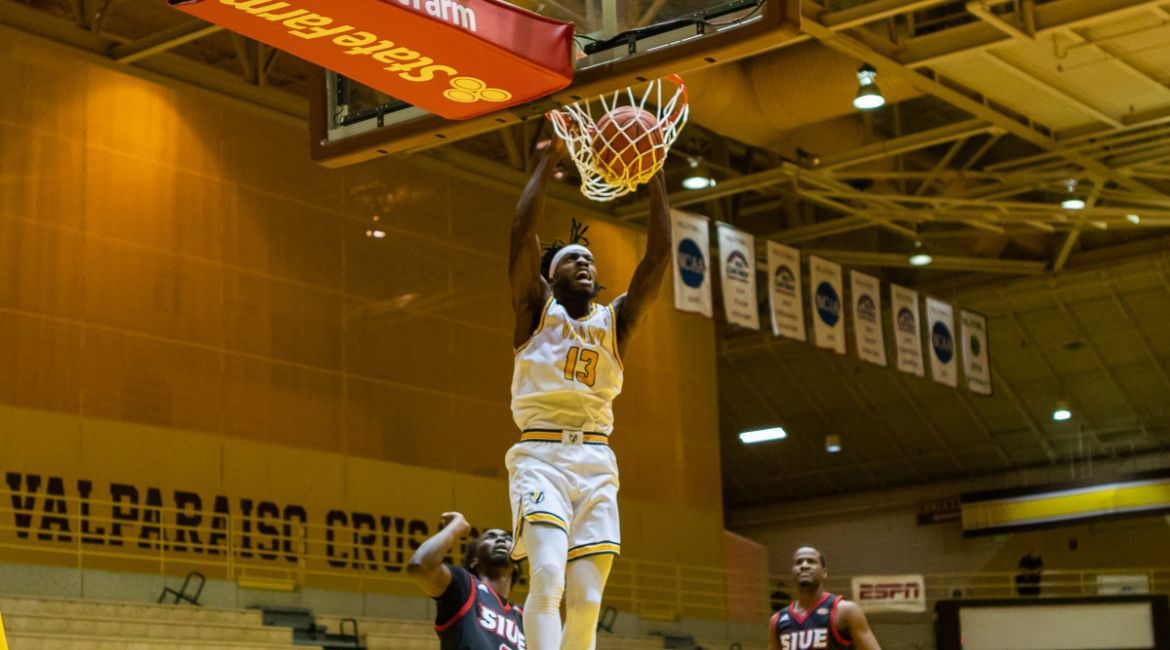 Sheldon Edwards finished two rebounds away from a 20&10 game on Wednesday.
Related Links

A 20-point, eight-rebound performance by freshman Sheldon Edwards (West Palm Beach, Fla. / Palm Beach Lakes [TLAP Sports Academy]) paved the way for the Valparaiso University men’s basketball team to notch an 80-58 home victory over SIUE on Wednesday evening at the Athletics-Recreation Center. Valpo held the Cougars to 11.8 percent from beyond the 3-point arc en route to the victory.

Valpo (2-3) will head to Mount Pleasant, Mich. to clash with Central Michigan on Saturday at 3:30 p.m. CT in a game that will be broadcast on ESPN3 and the Valpo Sports Network via the TuneIn Radio app. Links to live coverage will be available on ValpoAthletics.com.