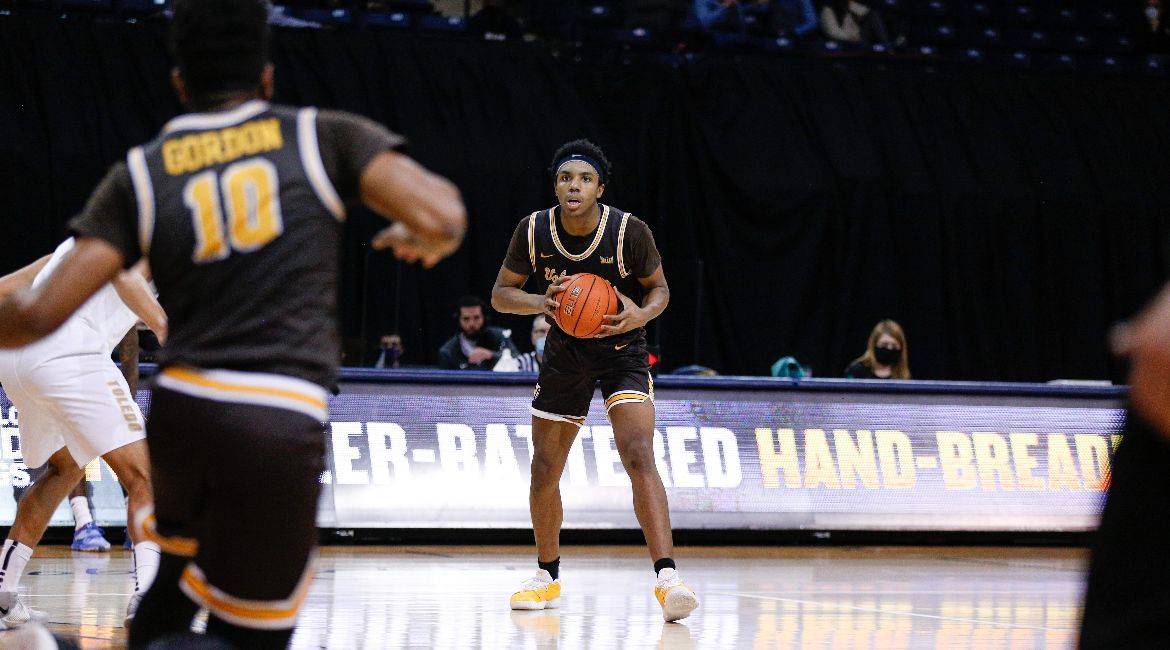 Donovan Clay had his first career double-double on Saturday.

Valparaiso University men’s basketball sophomores Donovan Clay (Alton, Ill. / Alton) and Ben Krikke (Edmonton, Alberta, Canada / Jasper Place) both put together strong showings, but it was not enough to lift the squad past host Toledo on Saturday afternoon at Savage Arena. A top-100 team in the Ken Pom ratings, the Rockets recorded a 71-57 triumph behind an 18-point effort by leading scorer Marreon Jackson.

Valpo (3-5) will close out the nonconference portion of the season on Monday at 6 p.m. CT vs. Mount St. Joseph at the Athletics-Recreation Center. The game will be broadcast on ESPN3 as well as the Valpo Sports Network, 95.1 FM Valparaiso and the Tune In Radio app.