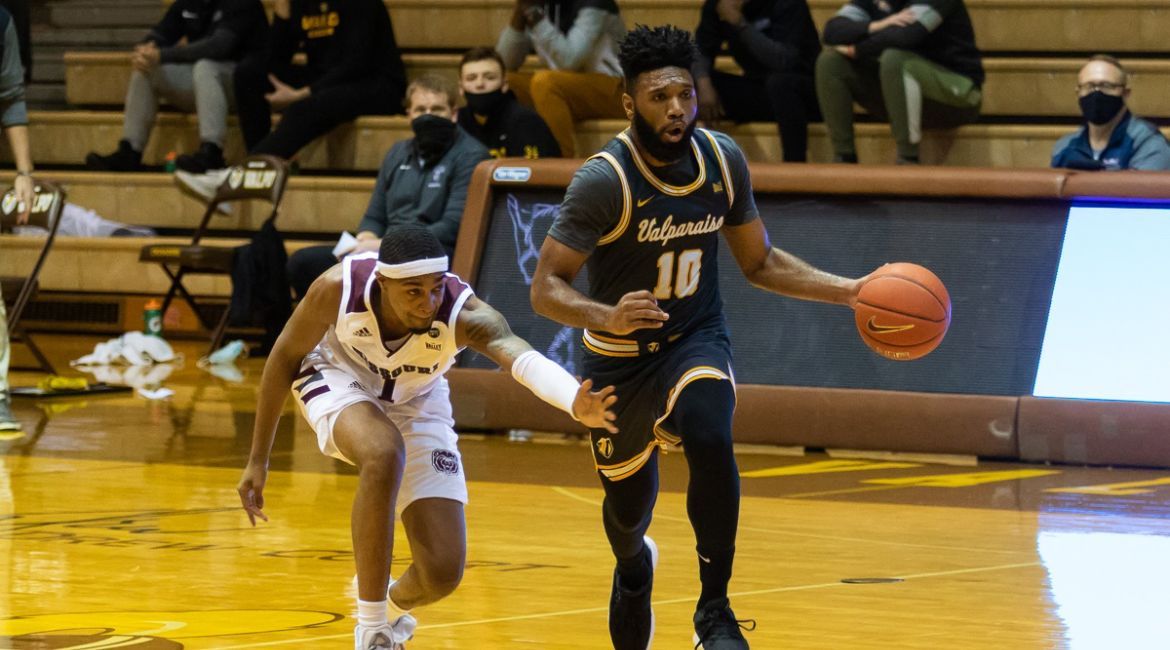 The Valparaiso University men’s basketball team dropped the second game of a back-to-back Missouri Valley Conference weekend series on Sunday afternoon, falling 78-68 to visiting Missouri State at the Athletics-Recreation Center. Valpo held Isiaih Mosley to three points on just 1-of-5 shooting in the opening half, but the conference’s leading scorer went off for 26 points on 10-of-11 from the field after halftime to lift the Bears (8-1, 5-1) to their eighth win in nine games.

Valpo (3-7, 0-2 MVC) will visit Southern Illinois for a pair of games this coming weekend, with the series beginning on Saturday at 3 p.m. in Carbondale. The game will be broadcast on The Valley on ESPN (ESPN3/+) as part of the conference-selected Valley on ESPN exclusive package in addition to airing on 95.1 FM Valparaiso and the Valpo Athletics TuneIn app. Links to live video, audio and stats will be available on ValpoAthletics.com.