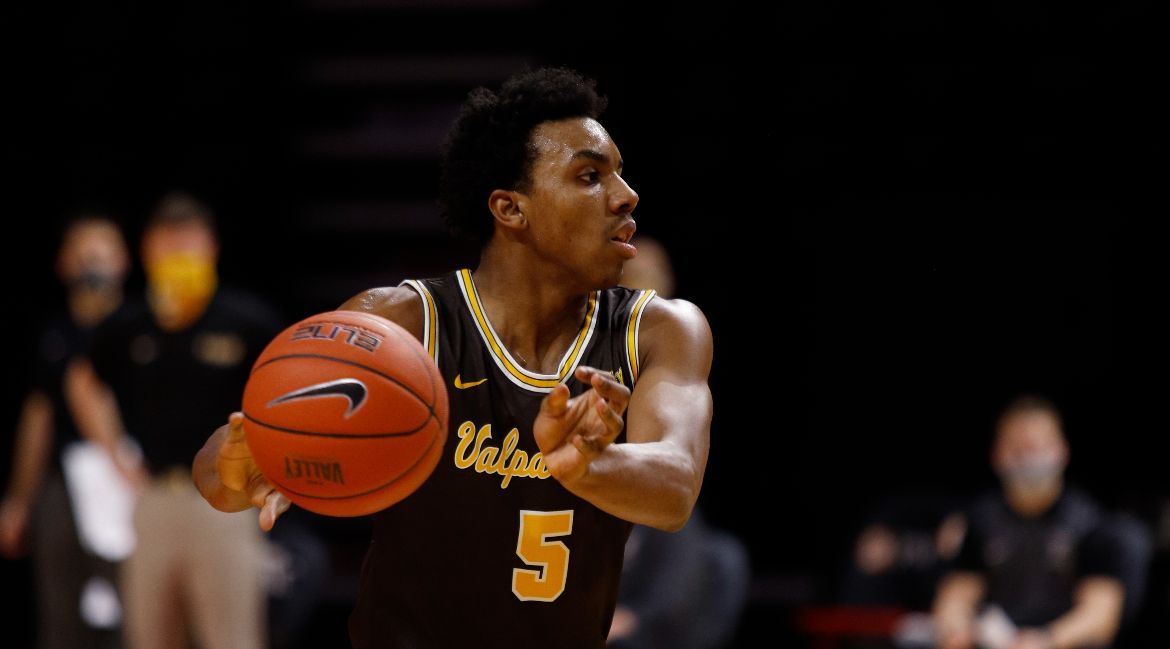 Donovan Clay had his second double-double of the season to lead the way on Saturday. (Emily Bollinger)

All victories are sweet, but this one felt extra satisfying for the Valparaiso University men’s basketball team.

After a lopsided loss against a talented Loyola team on Wednesday night at the Athletics-Recreation Center, head coach Matt Lottich’s squad showed resilience by putting together a complete showing to beat host Illinois State 69-60 on Saturday evening at Redbird Arena. Led by double-doubles by both Donovan Clay (Alton, Ill. / Alton) and Eron Gordon (Indianapolis, Ind. / Cathedral [Seton Hall]), Valpo never trailed and played well on both ends of the court en route to snapping a five-game skid.

Valpo (4-9, 1-3) and Illinois State (5-9, 2-6) will be right back at it on Sunday evening as the Brown & Gold looks to sweep the weekend series. The game will tip off at 5 p.m. CT and will be broadcast on Marquee Sports Network, ESPN3, 95.1 FM Valparaiso and the Valpo Sports Network TuneIn Radio app. Links to live video, audio and stats are available on ValpoAthletics.com.