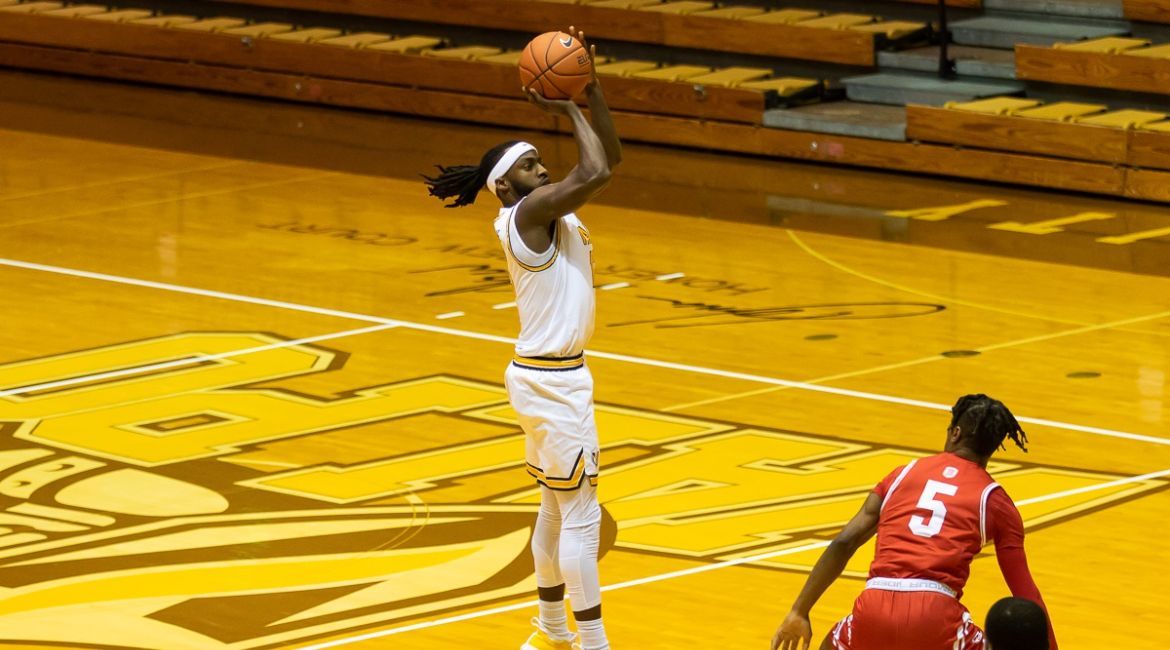 Sheldon Edwards scored 11 of his 18 points in overtime on Thursday.
Related Links

On a night where a freshman played like a senior and January felt like March, the Valparaiso University men’s basketball team engineered its latest come-from-behind victory, knocking off defending Missouri Valley Conference champion Bradley 91-85 in a topsy-turvy, double-overtime rematch of last season’s league title game.

The most normal aspect of an abnormal evening was Valpo’s no-quit attitude when facing a double-figure deficit, something that has become a hallmark of the program in recent seasons. A 14-point Bradley lead vanished as quickly as it appeared on a night where rookie Sheldon Edwards (West Palm Beach, Fla. / Palm Beach Lakes [TLAP Sports Academy]) scored 11 of his 18 points in overtime to will his team to its third straight victory.

Valpo (6-9, 3-3) will attempt to extend its winning streak to four on Sunday afternoon at Evansville in a game that tips off at 3 p.m. CT. The contest will be broadcast on The Valley on ESPN Exclusive (ESPN3) in addition to the Valpo Sports Network (95.1 FM Valparaiso and the TuneIn Radio app). Links to live video, audio and stats will be available.