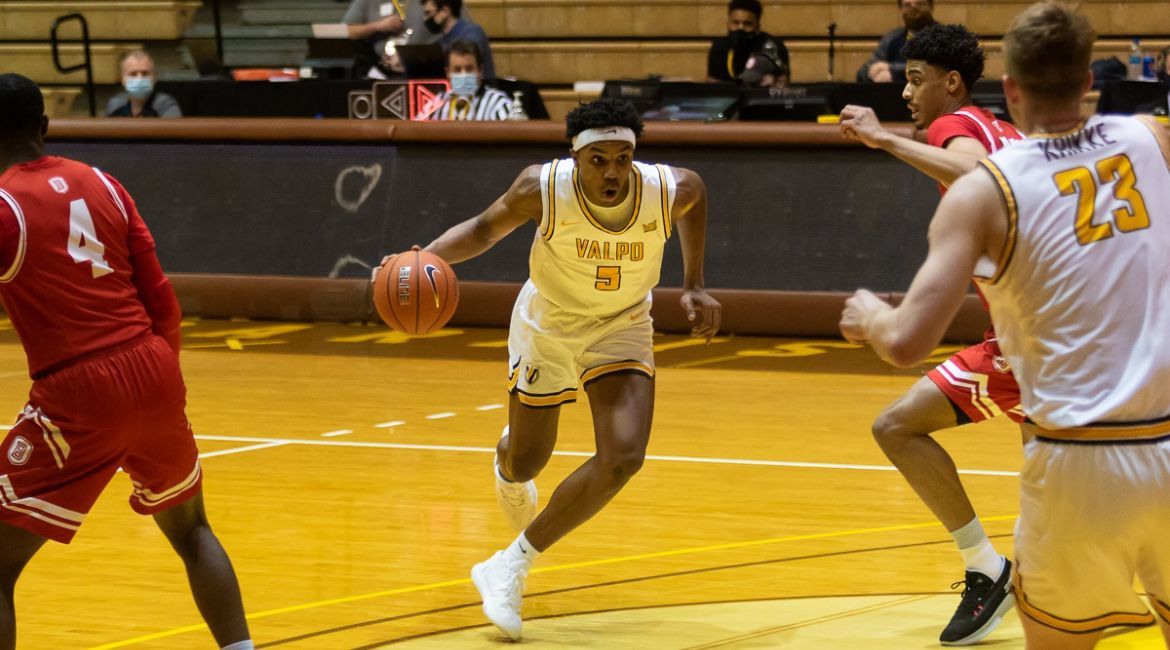 A strong first half had the Valparaiso University men’s basketball teams in good shape on Monday, but host Evansville roared from behind and Valpo went cold offensively as the Purple Aces pulled out a 58-51 victory. Valpo shot a sizzling 54.2 percent before halftime but was held to just 37.5 percent after the break in a tale of two halves at the Ford Center in Evansville. Donovan Clay (Alton, Ill. / Alton) was Valpo’s top scorer with 14 points.

Valpo (6-11, 3-5) will welcome a nationally-ranked opponent to the Athletics-Recreation Center for the first time since an upset victory over No. 21/25 Rhode Island on Nov. 29, 2016 this weekend. No. 25 Drake will bring its undefeated record to Northwest Indiana for a 1 p.m. tip on Saturday on either ESPN3 or ESPN+. Links to live video, audio and stats will be available on ValpoAthletics.com.