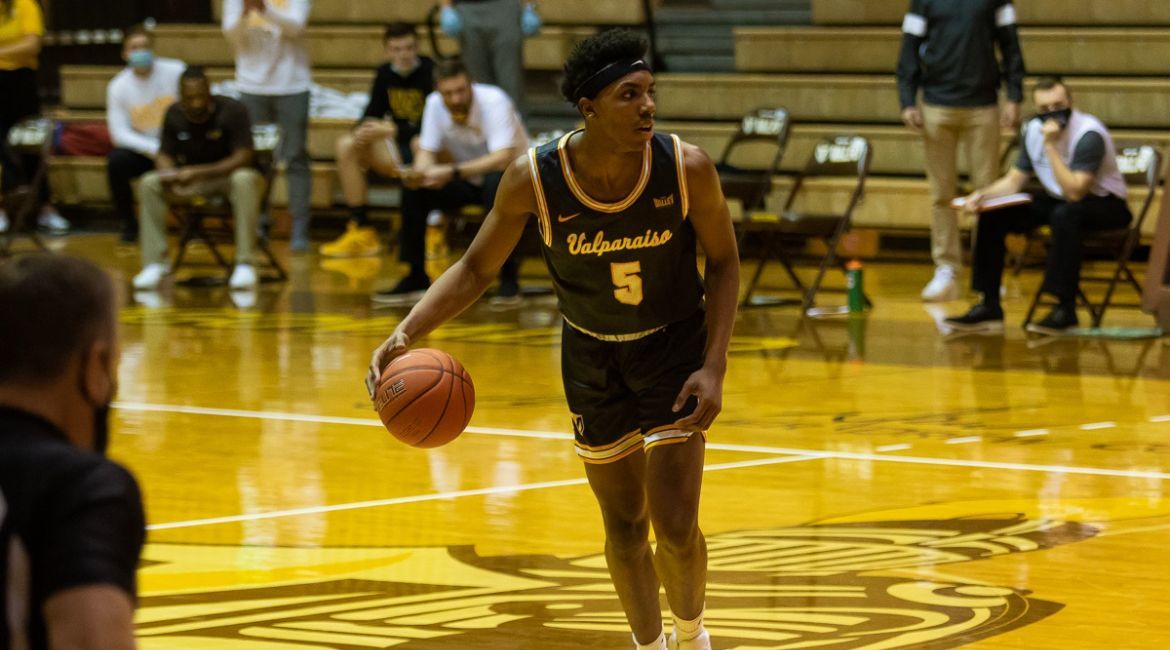 Donovan Clay had a game-high 17 points on Wednesday vs. Bradley.
Related Links

Sophomore Donovan Clay (Alton, Ill. / Alton) scored a game-high 17 points including 16 before halftime, but the Valparaiso University men’s basketball team fell 76-52 to visiting Bradley on Wednesday night at the Athletics-Recreation Center. The Braves (11-11, 5-8) earned a split in the season series after Valpo prevailed in double overtime in the first meeting between the two teams.

Valpo (7-13, 4-7 MVC) will attempt to bounce back on Saturday at 7 p.m. at UNI in Cedar Falls, Iowa. The game will be broadcast on the MVC TV Network, which includes NBC Sports Chicago. Links to live video, audio and stats will be available.