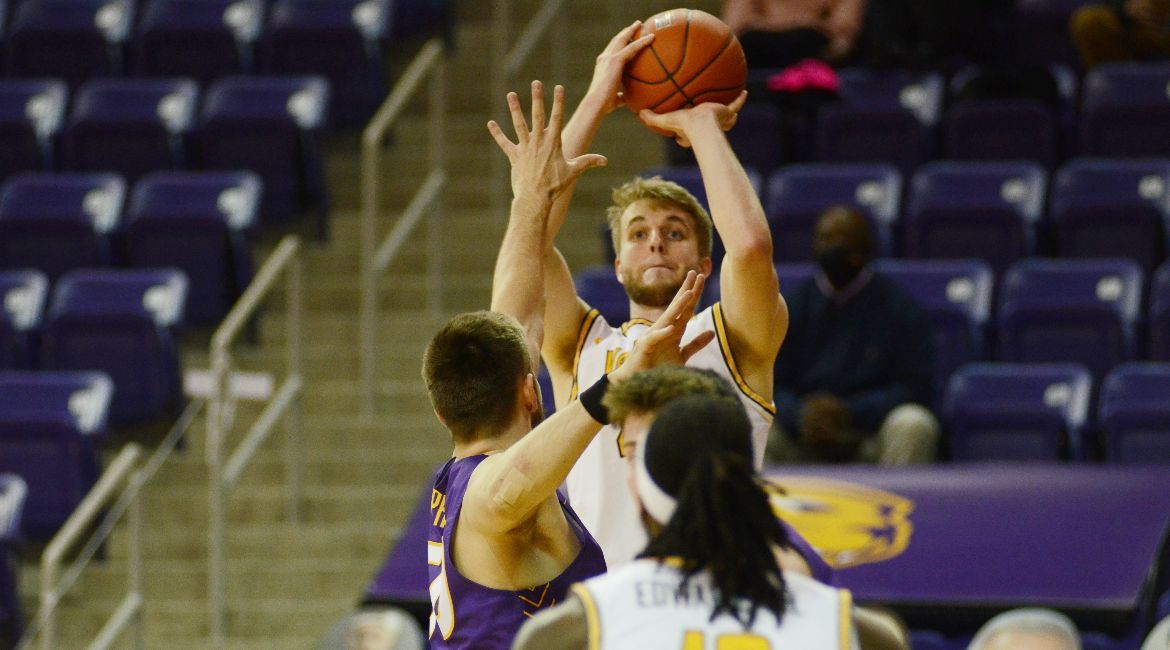 Ben Krikke had a team-high 12 points on Sunday.

The Valparaiso University men’s basketball team put together one of its best performances of the season on Saturday, but that momentum did not carry over into Sunday’s series finale at UNI. The host Panthers bounced back to garner the split in the weekend set, topping the Brown & Gold 74-60 on Sunday. The Panthers (7-14, 5-10 MVC) shot at a 52.8 percent clip and boasted double-figure outputs from four of their five starters.

Valpo (8-14, 5-8 MVC) will return to action on Wednesday by making its way to Chicago’s North Side to take on Loyola. The game tips off at 7 p.m. and will be broadcast on the MVC TV Network, including NBC Sports Chicago. Links to live audio and stats will be available on ValpoAthletics.com.