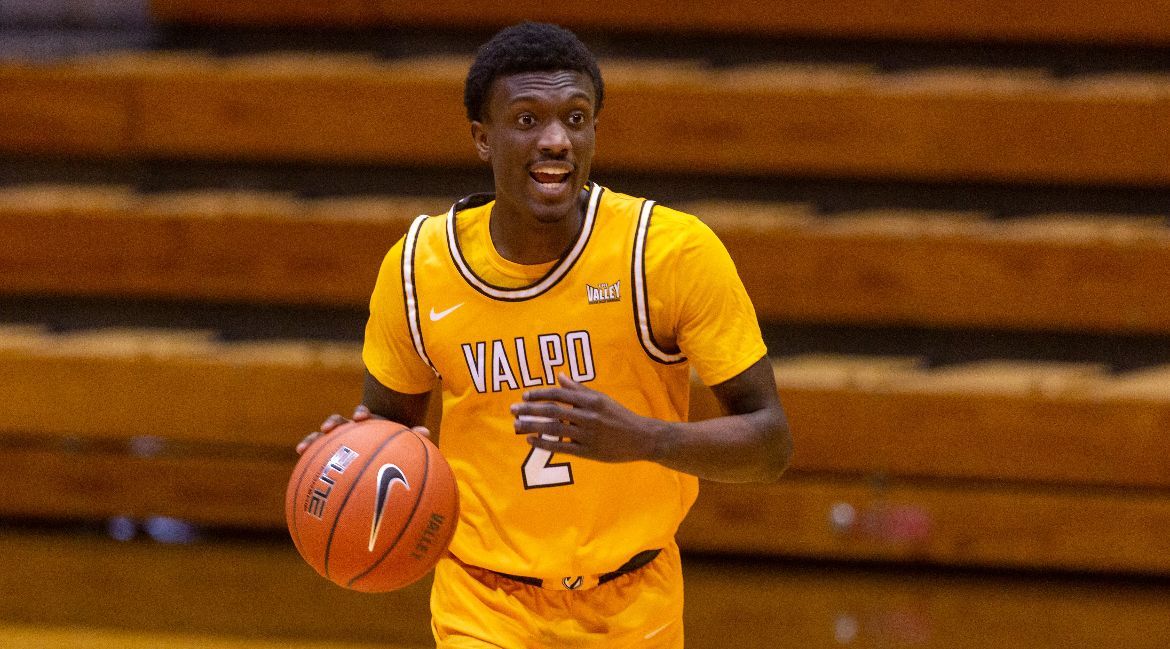 Zion Morgan had a career-high 15 points on Wednesday.

The Valparaiso University men’s basketball team continued its trend of putting nationally-ranked opponents on notice on Wednesday night at Gentile Arena, coming within an eyelash of handing No. 22/23 Loyola its first home conference loss in exactly two years, but the host Ramblers escaped with a 54-52 victory. Valpo has played three games against nationally-ranked teams this season, earning one victory in addition to a pair of losses by three points or fewer.

Valpo (8-15, 5-9 MVC) will play twice at Southern Illinois this weekend, starting on Sunday, Feb. 21 at 4 p.m. The game will air on Marquee Sports Network and on ESPN+.