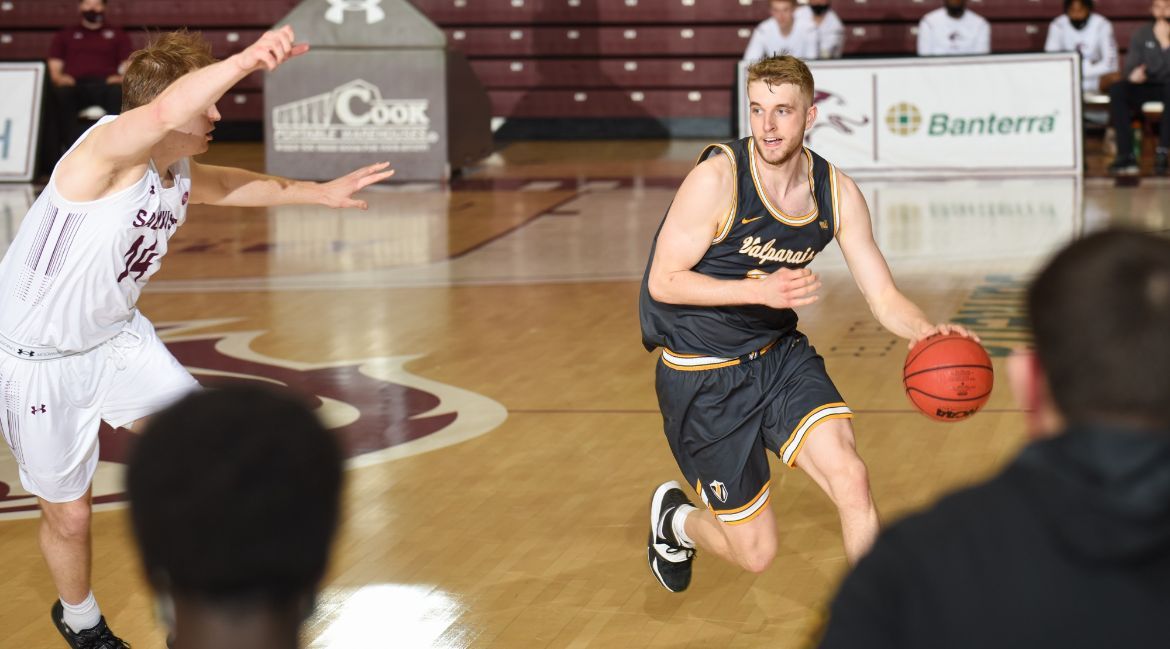 Southern Illinois scored seemingly at will early in the game, but the Valparaiso University men’s basketball team stepped up defensively when the stakes were the highest on Sunday night at the Banterra Center in Carbondale, Ill.

Neither team surrendered a point over the final three minutes, 39 seconds allowing a 3-pointer by Jacob Ognacevic (Sheboygan, Wis. / Sheboygan Area Lutheran) with 4:03 remaining to stand as the game-winning shot in Valpo’s 66-65 road triumph. The win elevated Valpo into a tie for fifth in the league standings and moved the team a step closer to securing a first-round bye for the upcoming Missouri Valley Conference Tournament.

Valpo (9-15, 6-9 MVC) and Southern Illinois (10-11, 4-11) will lock horns again on Monday night at 6 p.m. at the Banterra Center in Carbondale. The game will air on The Valley on ESPN Exclusive (ESPN+) and on the Valpo Sports Network (TuneIn Radio app; 95.1 FM Valparaiso). Links to live coverage can be found on ValpoAthletics.com.