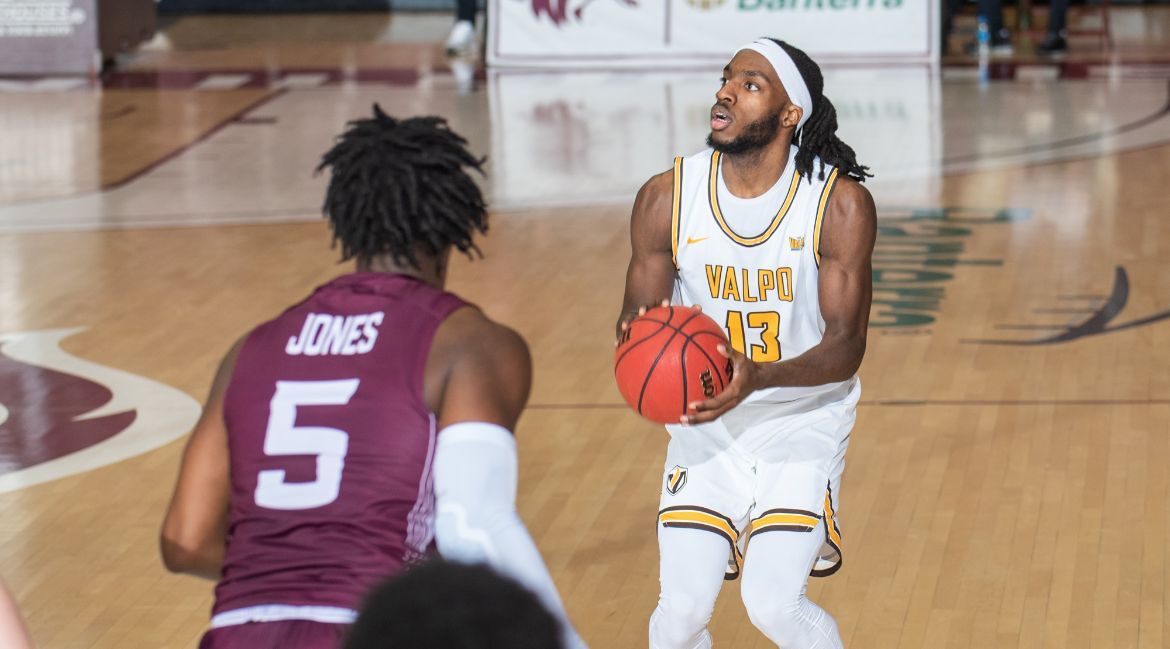 The Valparaiso University men’s basketball team played its third consecutive game decided by three points or fewer on Monday as a late scoring surge fell short in a 67-64 defeat to host Southern Illinois at the Banterra Center in Carbondale. After a one-point Valpo win on Sunday, the Salukis (11-11, 5-11) tightened the race for first-round byes in the middle of the Missouri Valley Conference standings, setting up an intriguing final weekend of Valley action.

Valpo (9-16, 6-10) will close out the regular season this weekend with a pair of important games vs. Indiana State at the Athletics-Recreation Center. The Friday game will air on The Valley on ESPN Exclusive (ESPN3 or ESPN+) beginning at 6 p.m. with the hometown radio call available on the Valpo Sports Network (95.1 FM, TuneIn Radio app). Links to live video, audio and stats will be available on ValpoAthletics.com.