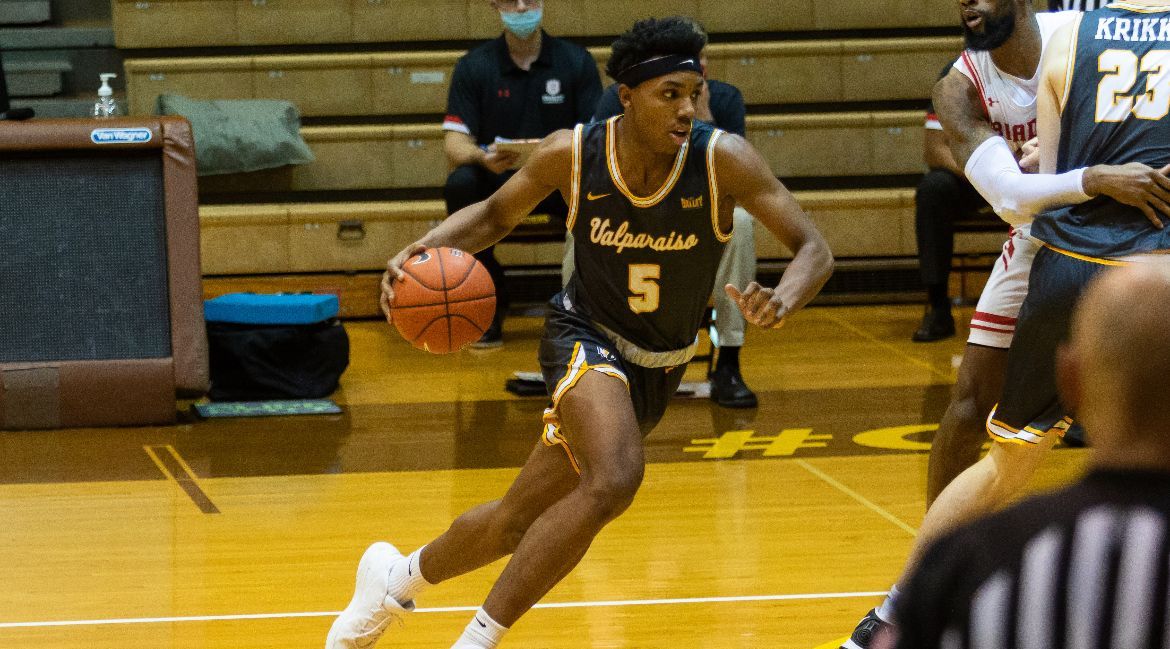 Donovan Clay shared the team lead in both scoring (11) and rebounding (7) on Saturday.
Related Links

A lengthy first-half scoring drought was too much to overcome for the Valparaiso University men’s basketball team on Friday night at the Athletics-Recreation Center. An early scoring run propelled visiting Indiana State to a 58-43 victory despite the Brown & Gold outscoring the guests 27-20 after halftime. Saturday’s rematch will hold high significance in the conference standings as Valpo battles to secure a first-round bye in the upcoming State Farm MVC Tournament.

Valpo (9-17, 6-11) will close out the regular season with the home finale on Saturday at 5 p.m. CT at the Athletics-Recreation Center. The game will be broadcast on ESPN3 and the Valpo Sports Network with links to live video, audio and stats available on ValpoAthletics.com.