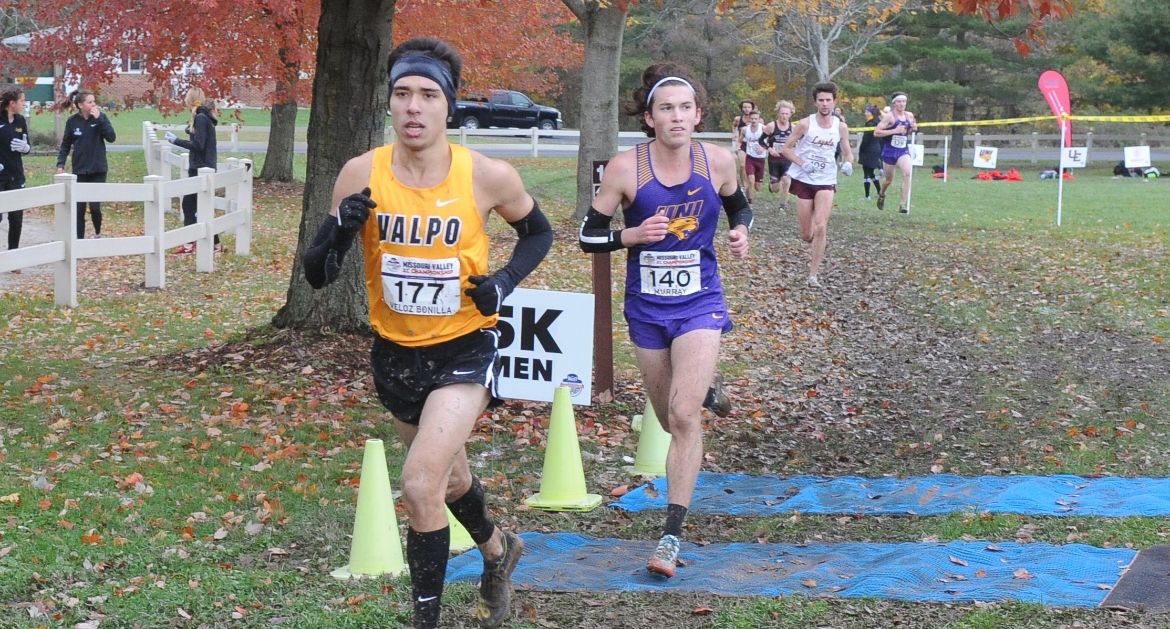 Whether it’s on the course, in the classroom or in the community, Ignacio Veloz Bonilla knows only one way to approach his time at Valparaiso University — with an unwavering work ethic.

Veloz Bonilla, a junior with a 3.51 cumulative grade point average in civil engineering with minors in mathematics and environmental engineering, possesses a relentless outlook on life that helps him balance his rigorous academic load with his commitment to excellence as a Division-I athlete in cross country and track & field. The San Juan, Puerto Rico, native has found a home away from home at Valpo.

“I’m very fortunate because it was an amazing opportunity for me to come to a Division-I school like Valpo,” Veloz Bonilla said. “The program has been amazing. I had the chance to run with Alexander Bruno for my first two years, and he holds all the University records in cross country. He gave me motivation to keep improving because I’m working toward becoming the next Alexander Bruno. The cross country team here is a huge family for me.”

“His running mechanics are very good,” Mike Straubel, Valpo’s head cross country coach, said. “We’re in the process of developing strength and endurance to go along with his speed. He has natural speed that is hard to develop. He’s learning the ropes and adjusting to longer distances, so now he’s getting to a point where he’s really going to start dropping his times.”

Veloz Bonilla’s achievement in the classroom features an appearance on the College of Engineering dean’s list, earning the Valpo Fund Alumni Award and receiving Valpo’s presidential scholarship. He is among the many academic standouts in the University’s nationally-ranked College of Engineering.

“The engineering program has been fabulous,” he said. “I had a lot of doubts about adjusting to college when I first arrived as a freshman, but I soon realized that this University is awesome. The Hesse Center tutors are always accessible and the professors are extremely helpful. I’ve developed a lot as a student here, and I believe that anyone who sees Valpo on my resume will know what a quality engineering program we have.”

Veloz Bonilla was selected for the prestigious Foot Locker Scholarship, which is presented to 20 student-athletes out of thousands of applicants across the nation. Recipients are selected based on exemplary work in academics and athletics. He was also named the Ken C. Hicks award winner in 2017-2018, an honor that is presented each year to one of the 20 scholarship recipients for exemplifying superior academic achievement, passion for his community and a true love of his sport.

“The money I received from that scholarship created a significant opportunity for me to come to the continental United States,” Veloz Bonilla said. “At the end of my senior year, five Foot Locker employees came to my high school and surprised me with a big check. My high school coach and I had been together since fourth grade training hard every day, so that was a huge moment for us.”

On campus, Veloz Bonilla is involved in the American Society of Civil Engineers (ASCE), the Society of Hispanic Professional Engineers (SHPE) and is a member of the University’s Honor Council.

“Ignacio is a wonderful student to have as part of our current civil engineering junior class,” said Prof. Anne Raich, associate professor and department chair for civil engineering. “He is an active and engaged student who is interested in a broad set of engineering classes and lab work. His easy-going personality really shows when he is working with different groups of students and taking the lead in project and lab work. I appreciate the focus and effort he has put into his studies. He has shown the ability to balance commitments made as a student-athlete, which can be very difficult for students to do in our engineering program. I look forward to having Ignacio as a student in future courses.”

The Valpo junior is also active away from campus, where he has served the community by visiting the Pediatric Cancer Association in Puerto Rico to provide food, movies, conversations and games to children battling cancer. He has also worked with IN Servicio, a company in Puerto Rico that assists with ground maintenance and management of project sites by preparing cleaning chemicals. With that company, he provided help during earthquakes and tropical storms this summer in Puerto Rico. He also worked there as a senior in high school to provide first response needs in the aftermath of Hurricane Maria. That experience helped fuel his desire to enter the engineering realm, and at Valpo he is taking all the right steps toward building the world he wants to live in.

“We have engineers in Puerto Rico, but there is a huge need for more because the process is slow and it took a while to get the island back to what it was before the hurricane,” Veloz Bonilla said. “After seeing all the buildings destroyed, I knew I wanted to be a civil and environmental engineer so I can provide help in the future.”

Veloz Bonilla’s work ethic and attitude have helped him thrive in all areas of his college experience, with still two years remaining for him to continue to be part of something bigger without losing himself in the crowd.

“He always seems to have a positive attitude,” Straubel said. “He’s very reliable and friendly. He’s always on time and is very responsible. He gets along extremely well with other team members and fit in right away as a freshman coming from Puerto Rico. His positive attitude helps him stay resilient both in his races and in his studies. I think he’s going to be all-conference in cross country and follow right in Alexander Bruno’s footsteps.”