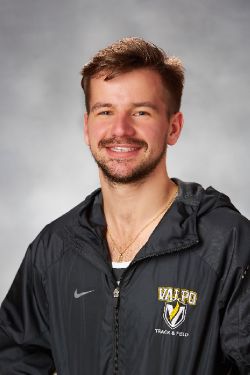 2012 (Cross Country): Ran in six meets for the Crusaders...finished in the top-five of Valpo runners in all but one race...registered a fourth-place finish at the Crusader Open 6K with a time of 21:00.7...clocked his best 8K with a 27:16 time at the Horizon League Championships...crossed the line at 35:44 at the NCAA Regional 10K.

2011 (Cross Country): Competed in six meets during first season at Valpo ... debuted at the Crusader Open with a 5K time of 17:50.5 ... led Valpo contingent at the Evansville Invitational with a season-best 8K time of 27:25.10 ... closed campaign by crossing line first among Valpo runners at the NCAA Great Lakes Regional, covering course in 34:05.0.

Prep: A four-year letterwinner for the Eagles … also earned four letters in cross country and three letters in wrestling.

Personal: Trace is the son of Rich and Laura Ostergren … majors are international business and Chinese and Japanese studies … born October 25, 1991.