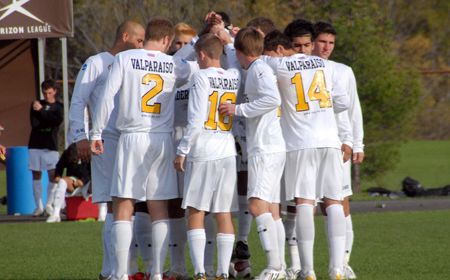 Valparaiso University’s men’s and women’s soccer teams have both been named a recipient of the NSCAA Team Academic Award from the National Soccer Coaches Association of America.

The award, given annually to schools with a composite grade point average of 3.00 for the academic year, included both fall and spring semesters of a given year.  Thus the award this year is for the 2007-2008 academic year.

This marks the sixth straight year the Crusaders have earned the honor in both men’s and women’s soccer.

Valparaiso was one of just 65 schools nationwide among all divisions to receive recognition for both the men’s and women’s programs.