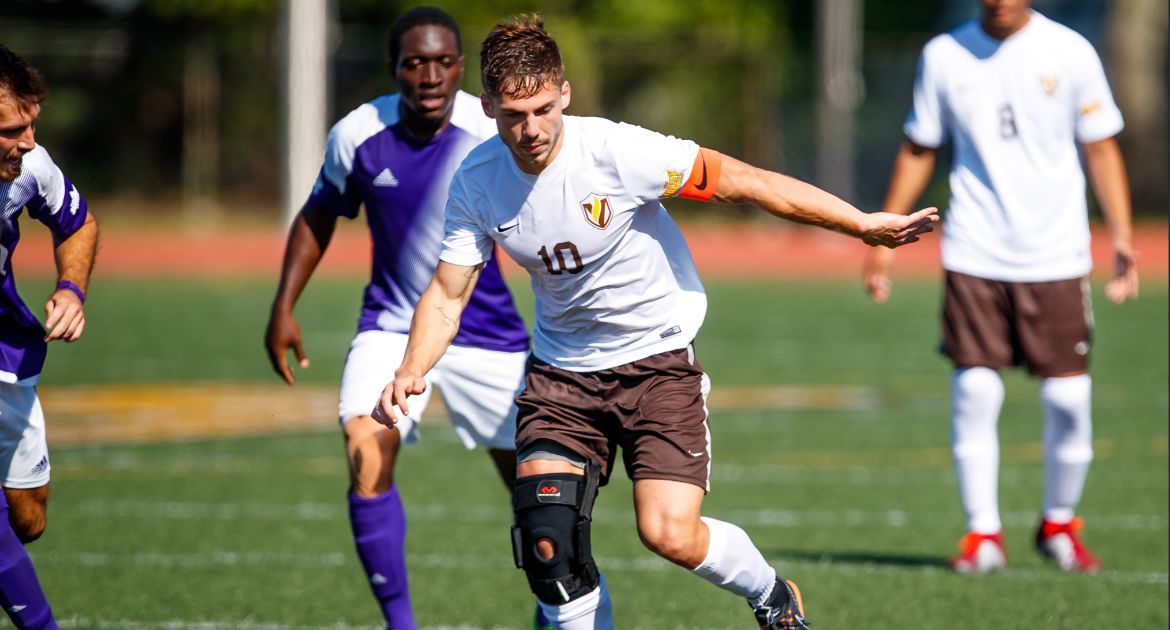 The Valparaiso University men’s soccer team fell 4-1 to visiting Oral Roberts on Monday night at Brown Field. A quality Golden Eagles side upped its record to 6-3-2 after scoring two goals in each half. Senior Rafael Mentzingen (Rio de Janeiro, Brazil / Bryan) provided the Valpo goal in the 53rd minute on a penalty kick.

“First off, congrats to Oral Roberts. Soccer really is a strange game sometimes, but it's also mostly fair and ultimately gives back what you put into it. We're a team that came into the season with high expectations and talent, and then the tide turned against us. What's happening right now is the guys are feeling like somehow things aren't fair. They are feeling like they are better than their record and they are wondering why their luck won't turn. The reality, though, is that we've forgotten that the only way to win in college soccer is by earning it. You have to work for it. You have to rely on each other, and you have to work for it. There is no other answer.”

“Of course, you can complain that just when you are really starting to ramp up the pressure and look like yourself, the opponent gets a break when a well cleared ball hits the referee and falls perfectly for the striker to finish and basically ice the game. But if you hang the game on that one moment, you dismiss the fact that we started slowly and gave them goals before we started to play. The reality is we have to start better.”

“So now, as we are coming off a tough week, we have a huge game on the weekend with Loyola.  The reality again is that the three games we just played out of the league matter far less than the remaining five league games. The only way to get back on track is to get back to work. We have to learn from the lessons that we've been given. If a team pulls through and makes a run at the league, nobody remembers a strange night in October. Everything we want is still out there, but the only answer is to put your head down and get back to work. I don't know how the season will play out in terms of results, but I do know that we will work right until the end. There is no other answer."

Valpo (2-7-1) will return to Missouri Valley Conference play with its first Valley home date of the season on Saturday night at Brown Field. Loyola will be in town for a 7 p.m. start that will be broadcast on ESPN3.