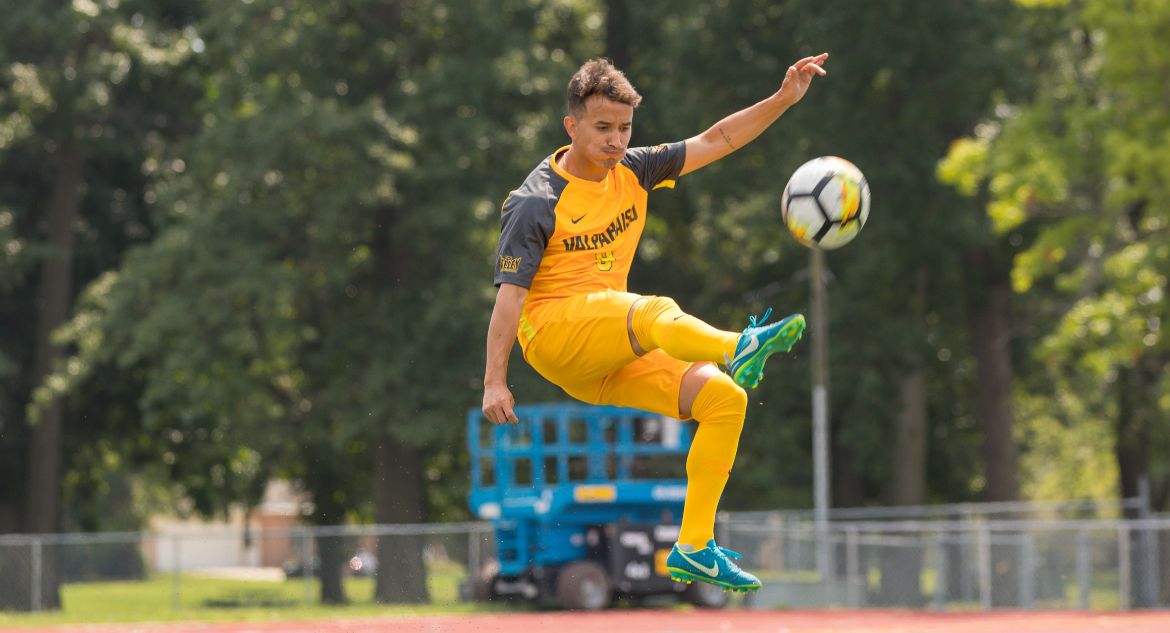 It will be a happy journey home after a perfect fall break trip for the Valparaiso University men’s soccer team.

Senior Lucca Lacerda (Passos, Brazil / Mercy College) provided Valpo’s first brace of the season on Saturday night to highlight a key 2-0 Missouri Valley Conference road win over Bradley. Valpo has won back-to-back games for the first time this year and has gone undefeated over the last seven days at 2-0-1.

“I want to give a special mention to Bradley University, their coach Jim DeRose, and his staff. Talk about a first class organization – not only do they have one of the nicest facilities in the country, but the hospitality they showed us was really appreciated. It’s not easy being on the road, and they made their facilities available to us and treated us so well. On the field they always compete with passion, but they keep everything else in the proper perspective.”

“I thought we played well tonight. We stood up to Bradley’s pressure when defending and scored two great goals - one of them of the world class variety. I’m very happy for the boys.”

“We’ve had a great fall break trip. Tonight was a perfect way to end it with a solid win over a good team, but this result was only one part of what makes the trip so valuable. Our guys will leave Valpo with two important things: a degree from a world class institution and friends that they’ll keep for the rest of their lives. We became a closer team these last few days. The stronger the relationship bonds are, the better team we become and, more importantly, the better friends we become.”

“We will get back tomorrow to campus, take a few days off to settle back into a routine with classes and recover physically, and then set our sights on next weekend’s game with UCA.”

Valpo (4-7-2) will be back home next week to battle Central Arkansas in another MVC showdown. The game kicks off at 7 p.m. CT at Brown Field and live stats and audio will be available on ValpoAthletics.com.