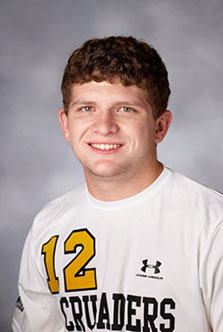 2007: Played in all 18 matches for the Crusaders as a freshman ... served as a solid presence off the bench in the midfield ... earned starting nods at Eastern Illinois, versus #19/17 Michigan State and versus Cleveland State ... attempted first career shot Sept. 7 against IPFW ... fired two shots at Evansville Sept. 9 and at Wright State Oct. 28 ... put shots on goal at Detroit, at Wright State and at Wright State in the Horizon League Championship.