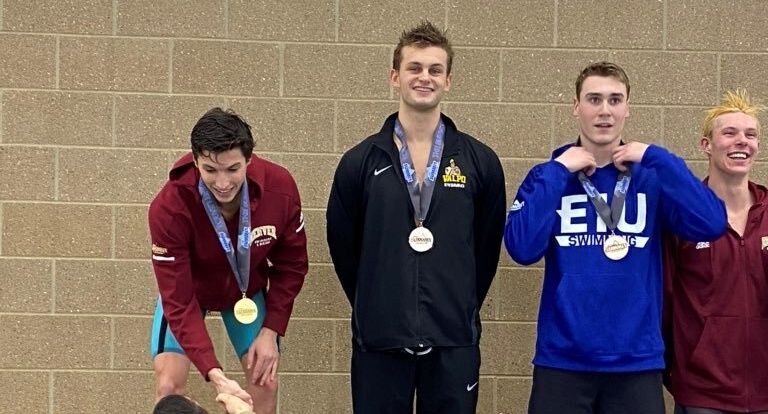 Dominic May earned All-League honors with his record-setting second-place swim in the 200 free.

The Valpo men’s swimming team posted times over four events that rank among the top-five in program history in action Friday at the Summit League Championships, highlighted by the school-record performance by sophomore Dominic May (Naperville, Ill./Naperville Central) in the 200 free. May’s record swim in the final was good for a second-place finish, earning him All-League accolades.