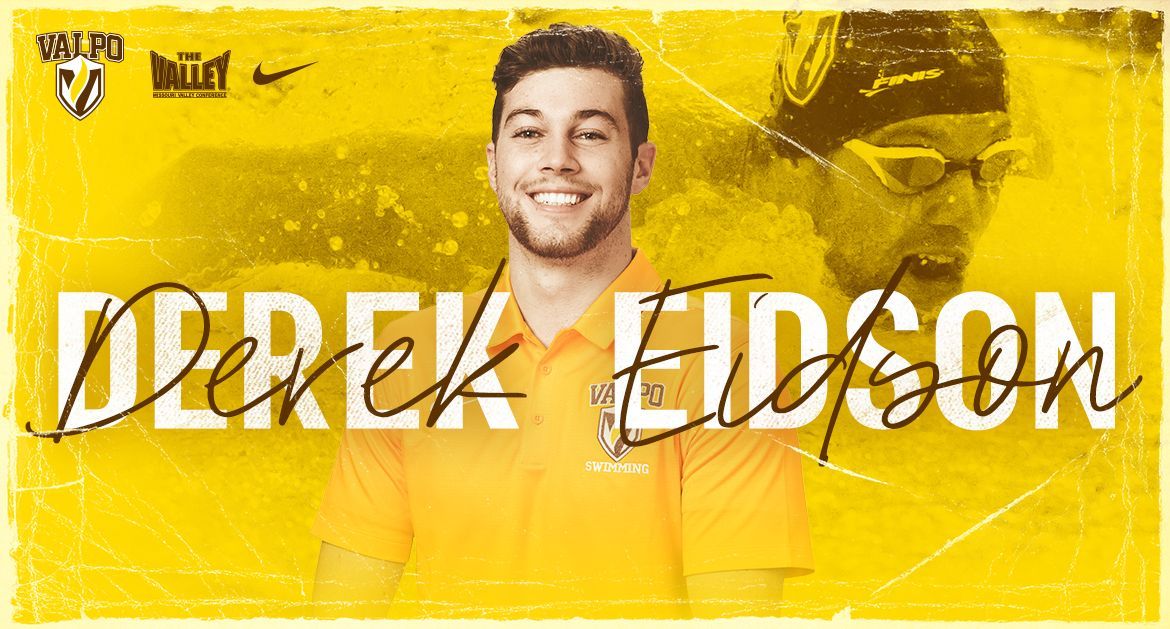 Valpo junior Derek Eidson (Ventura, Calif./Ventura) received postseason recognition from the Summit League on Monday as he was one of 16 swimmers named to the Men’s Swimming Academic All-League Team for their prowess both in the pool and in the classroom.

Eidson enjoyed a strong performance at the Summit League Championships this year, posting a pair of top-10 finishes — a seventh-place showing in the 100 IM and a ninth-place finish in the 100 fly. The junior also came home 12th in the 100 back as well.

Eidson also contributed to Valpo’s success in the relays at the league championship meet, leading off both the 400 medley and 400 free relay squads which broke program records over the course of the meet. Individually, Eidson moved into third place in program history in both the 100 free and the 100 fly during the meet as well.

In the classroom, Eidson carries a 3.352 cumulative GPA as an economics and psychology double major. He has previously been named to the Summit League Academic Honor Roll.