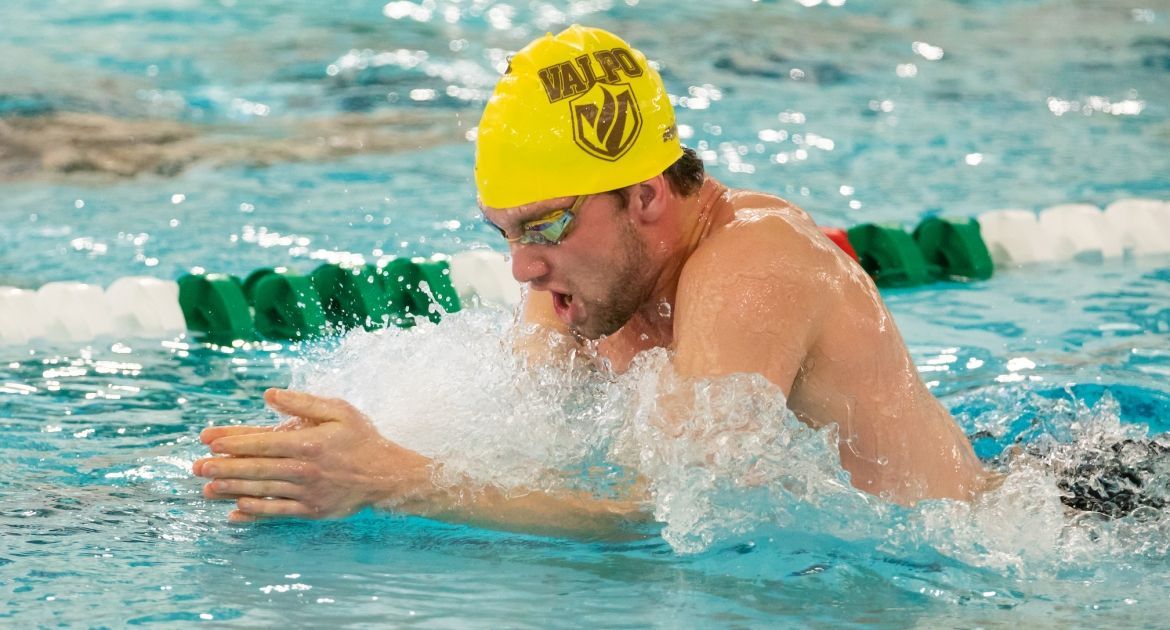 Billy Bennett broke the program record in the 100 IM Saturday.

A school-record swim from Billy Bennett (Libertyville, Ill./Libertyville) in the 100 IM on the men’s side was the highlight of a Saturday which contained numerous top-10 swims in program history as the Valpo swimming teams concluded the A3 Performance Invitational in Carbondale, Ill.

Valpo has three weeks away from competition before returning to action Dec. 4 with a dual meet at Lewis.