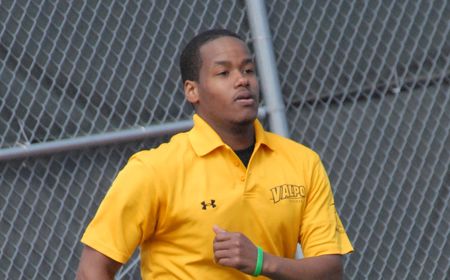 Lyons, playing in the D flight, cruised to a 6-0, 6-2 victory over IUPUI’s Jesus Diaz to advance to the second round.

“Carlton is definitely putting the pieces together and competing well,” head coach Jim Daugherty said.  “He has made the transition from just improving his strokes to becoming a competitor.”

Tom Litscher (Eau Claire, Wis./Memorial H.S.) fell 6-1, 6-0 in the first round of the A flight against Yannic Goossens of Cleveland State while Kyle Stump (Plymouth, Ind./Plymouth H.S.) fell 6-3, 6-4 against Taylor Tunis of IUPUI.

Due to persistent rains in the Muncie area on Friday, only the first round of singles was completed, with no doubles contested.  The Crusaders will return to the courts on Saturday morning to continue play in the tournament.