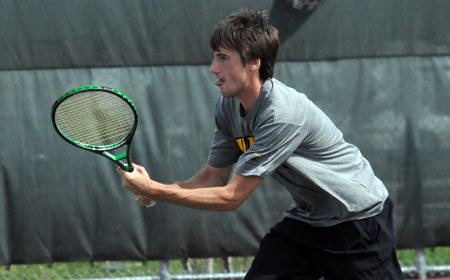 Kyle Stump (Plymouth, Ind./Plymouth H.S.) posted wins in both singles and doubles, but it was not enough for Valparaiso as the Crusaders fell 6-1 to Detroit at the Northwest Athletic Club in Michigan City, Ind.

Stump was a 6-2, 6-4 winner over David Stabley at number six singles to earn the Crusaders lone point of the afternoon.  He also teamed with Kevin DeHerrera (Littleton, Colo./Chatfield H.S.) for an 8-6 victory at number three doubles against Stabley and Nick Tolomei.

Valparaiso (5-8, 0-2) heads to Ohio next weekend for a pair of matches, beginning Saturday afternoon against Cleveland State.  First serve against the Vikings is set for 1 p.m. CDT.