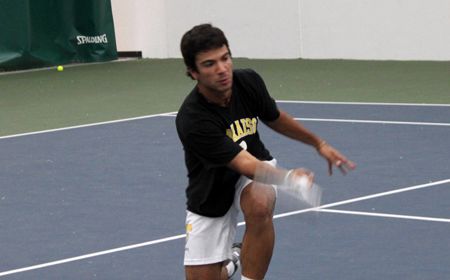 Five of the six singles matches went three sets but Valparaiso was only able to win two of them as the Crusaders fell 5-2 to UIC in a contest that went late into the evening Friday night after being moved indoors to Matchpoint Tennis Club in Griffith, Ind. due to rain.

The Flames opened the match, sweeping doubles to gain the day’s first point.  Raa and Dave Robare downed Gaspar and Honert 8-3 at first singles.  Kirk and Scott Shepardson were 8-6 winners over Baum and Whitmer at the second spot while Gonzaga and Kamath downed DeHerrera and Stump by the same score at third doubles.

Valparaiso (6-11, 0-5) will return to the courts on Saturday afternoon hosting Indiana Wesleyan.  First serve is set for 1 p.m. at the Valpo Tennis Complex.