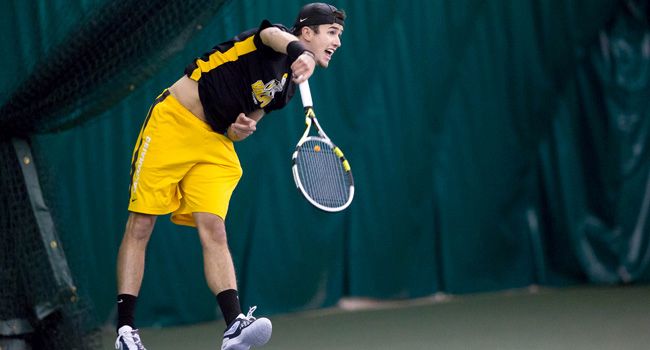 A 2013-14 season that saw marked improvement from the Brown and Gold came to a close Saturday evening after a 4-0 loss to Green Bay at the University of Michigan Varsity Tennis Center in Ann Arbor.

While the defeat ended Valpo's season, Jeffrey Schorsch (Perrysburg, Ohio/Perrysburg) and Charlie Emhardt (Carmel, Ind./Carmel) extended their winning streak to 20 matches with an 8-3 victory at No. 2 doubles. The duo ended the season 21-1 in doubles play.

Green Bay's Michael Tenzer and Howard Scott brought the doubles play to a tie with an 8-3 win over Dave Bacalla (Skokie, Ill./Niles North)/Daniel Oakes (Elburn, Ill./Saint Charles North) at No. 1.

At No. 3, Honert dropped his match 6-4, 6-3 to Scott as the Phoenix clinched the match to advance to the Horizon League Championship where they'll face Cleveland State on Sunday afternoon.