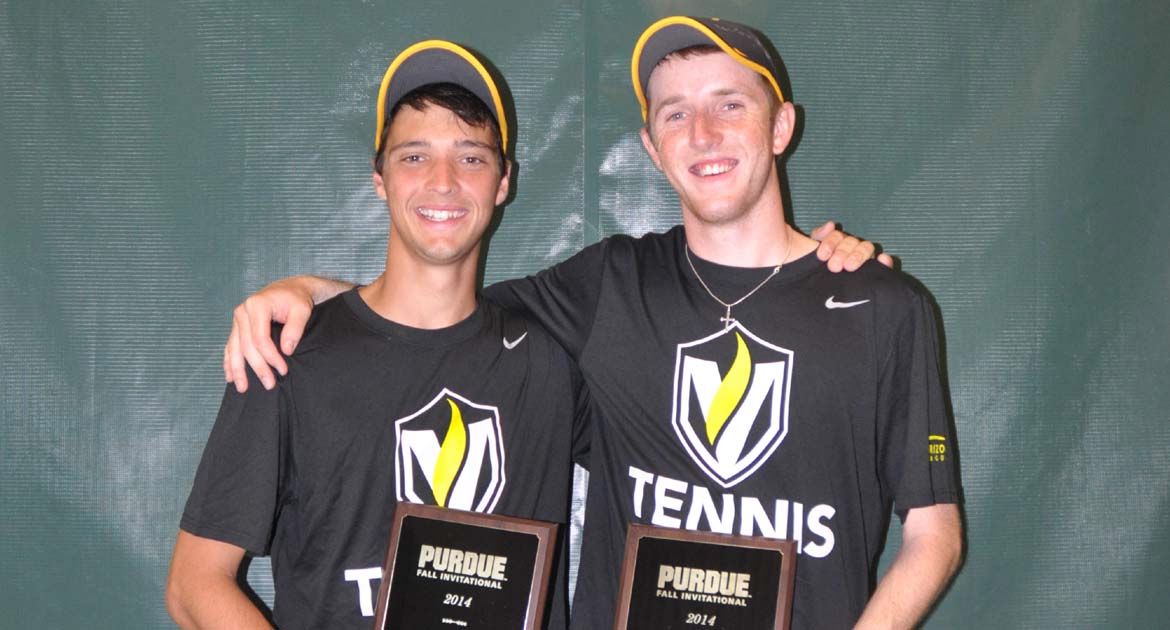 Sophomores Jeffrey Schorsch and Charlie Emhardt posed with their first place trophy. The pair claimed the Doubles Flight A Championship at Purdue this past weekend. (Purdue Athletics)
Related Links 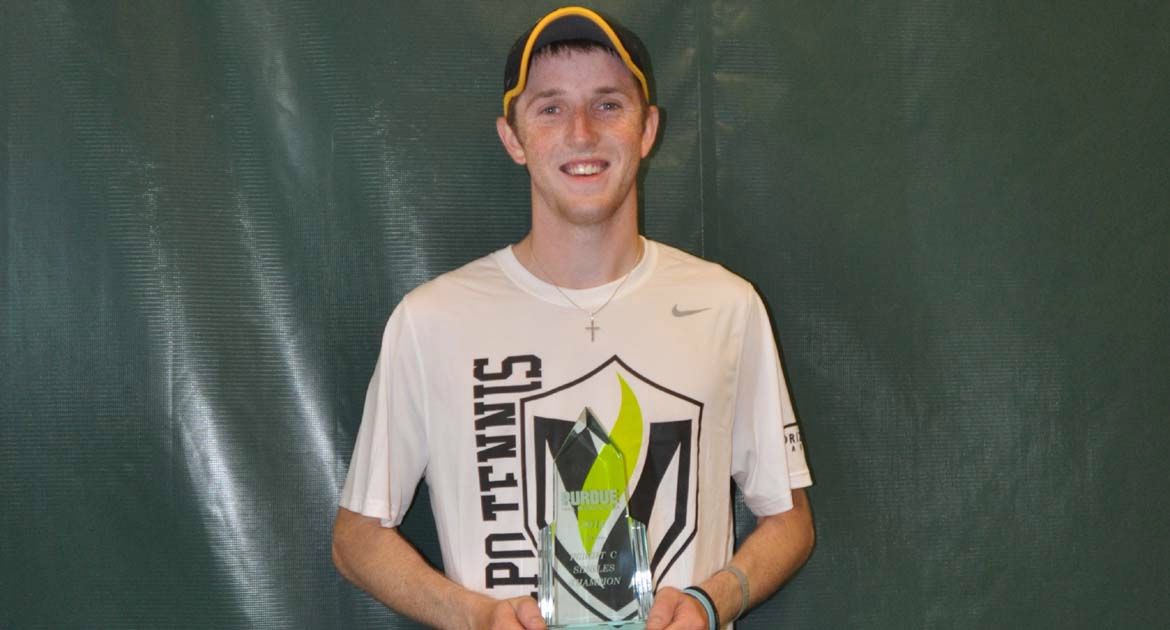 Charlie Emhardt (Carmel, Ind./Carmel) and Jeffrey Schorsch (Perrysburg, Ohio/Perrysburg)'s doubles conquest over the rest of the Midwest continued Sunday in the final day of the Purdue Fall Invitational.

The sophomore tandem entered the tourney as an Intercollegiate Tennis Association (ITA) Preseason Top 60 selection. Emhardt and Schorsch validated that ranking with an 8-3 victory in the Flight A doubles finals. Dating back to last year, the duo has won 24 consecutive doubles matches. Furthermore, the pair have lost just one doubles match since arriving to Valparaiso.

The doubles title wasn't the only hardware Emhardt took away from this weekend. He earned a 6-2, 6-4 victory over DePaul's Kyle Johnson in the finals of the Flight C singles finals. He is now 4-0 in both singles and doubles after a perfect weekend.

Overall, the Brown and Gold went 39-16 as a team at the Purdue Fall Invitational, including a 16-4 doubles mark.

The ITA All-American Championships await Schorsch, Emhardt, and Bacalla in Tulsa next weekend while the rest of the team will compete at the Western Michigan Invitational in Kalamazoo.