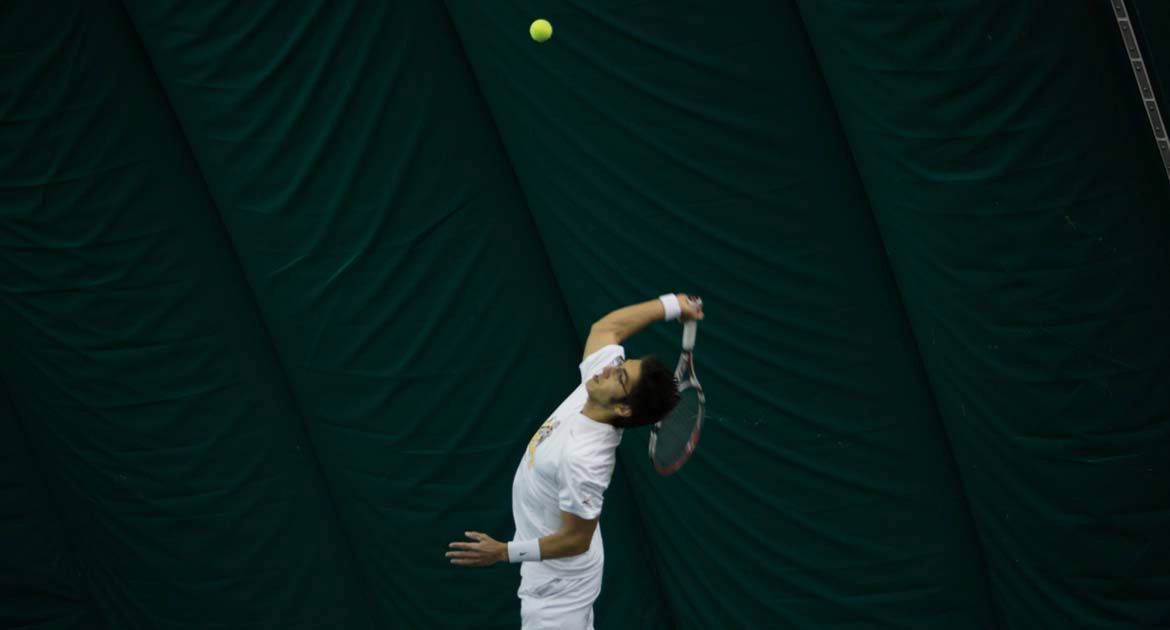 The first day of the 2014 Vredevelt Invitational wrapped up Friday at the Sorensen Courts in Kalamazoo, Michigan with a couple of Crusader doubles teams claiming a victory as well as a mixed doubles tandem featuring junior Brian Hickey (Western Springs, Ill./Fenwick).

Juniors Michael Savaglio (Kenosha, Wis./Mary D. Bradford) and Lucas Waak (Manitowoc, Wis./Roncalli) gave Michigan State's Jasper Koenen/Alexander Kim all they can could handle in an 8-6 loss. Savaglio and Waak responded with an 8-3 victory over Xavier's Michael Moe/Arthur Stefani in their second match. The duo fell in their final doubles match of the day, 8-3, to Cleveland State's Jorg Van der Vloet and Andre Mick.

Due to the odd number of Crusaders that competed in the tournament, Hickey paired up with Cleveland State's Kevin Goth. Together, they defeated Green Bay's Rowan Isaaks/Florian Kraenzler 8-7 (7-3) in the first round. However, they fell in their final two matches 8-5, and 8-3.

Daniel Oakes (Elburn, Ill./Saint Charles North) and Garrett Gardner (Poland, Ohio/Poland) went 0-3 on the day. They were on the wrong end of an 8-6 decision against Western Michigan's Matt Hamilton/Pablo Mora in the morning before dropping an 8-5 result to Cleveland State's Van Der Vloet/Mick. In their final match of the day, Michigan State's Koenen/Kim handed Oakes and Gardner an 8-3 defeat.

Singles action commences tomorrow morning in Kalamazoo at 9:30 am ET/8:30 am CT.