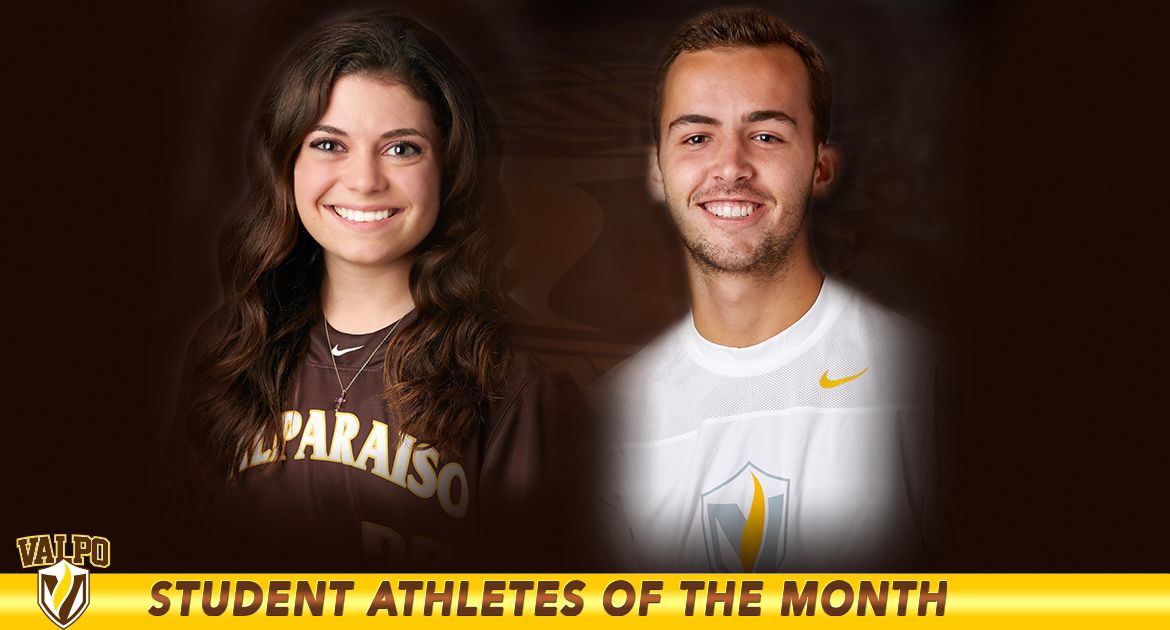 Dunn nearly posted a perfect record in singles play for the Crusader men's tennis team in February, winning his first seven matches before falling at fourth singles against #3 Illinois to end the month. Dunn moved up and down the lineup, playing anywhere from second through sixth singles in his seven-match winning streak. He was taken to a third set just once, and among his seven wins was a win at sixth singles in Valpo's meeting with #26 Northwestern, earning the Crusaders their lone point of the match.

Calombaris started off the season on fire for the Crusader softball team, racking up hits in the first eight games of the year. The sophomore went 15-for-33 (.455) for the month, scoring eight runs and driving in eight runs as well. Calombaris had four multi-hit games on the month, including a career-best 4-for-4 effort at Samford, where she scored three runs and connected on her second career home run.