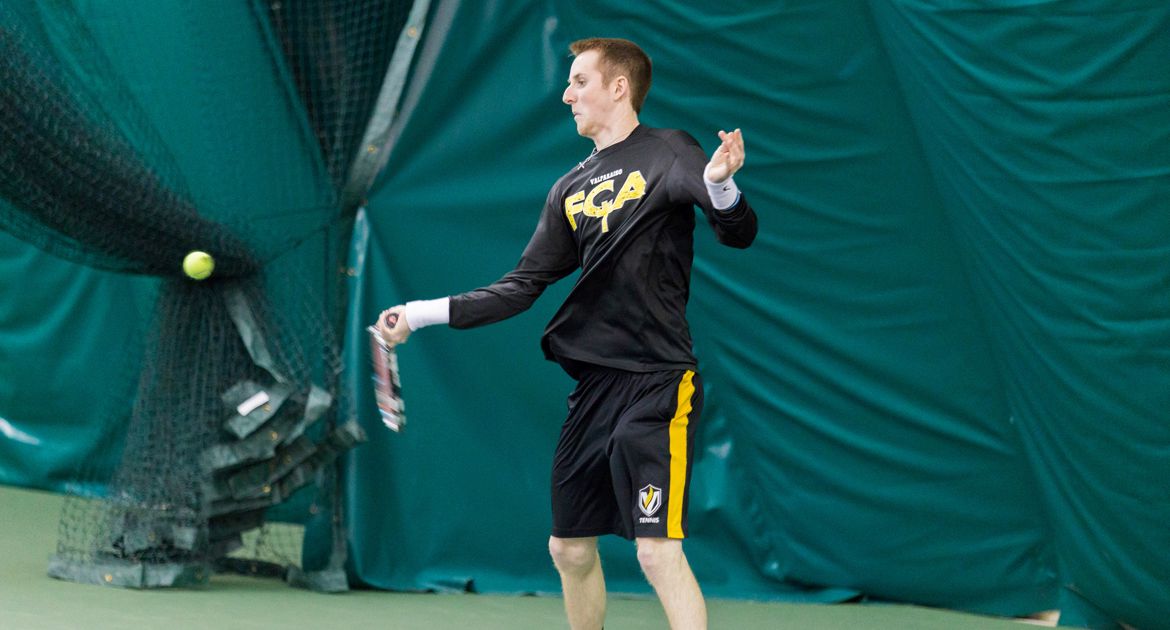 With half of the team participating in the Valpo Fall Invitational in Valparaiso and the other half taking part in the 40th Annual Milwaukee Tennis Classic in Wisconsin, the Valpo men's tennis team racked up a total of eight combined victories on a busy Friday.

Juniors Jeffrey Schorsch (Perrysburg, Ohio/Perrysburg) and Charlie Emhardt (Carmel, Ind./Carmel) advanced to the final of Flight A doubles with an 8-2 win over Cleveland State's Kevin Goth/William Malm in the first round before defeating DePaul's Paul John/Jan-Willem Feilzer, 8-6, in the semifinals.

In Flight B doubles action, Brian Hickey (Western Springs, Ill./Fenwick) and Garrett Gardner (Poland, Ohio) won handily over the Chicago State tandem of Rohan Wattley and Rashley Yeremia, 8-3. The Crusader duo was upended, however, by Ryan Henderson and Ognjen Jevtic of Eastern Illinois, 8-2. Hickey and Gardner will square off against Butler's Mason Dragos/Ari Gerstein Saturday in the back draw.

The opening round of singles play was a positive one for the host Crusaders.

Schorsch breezed past Chicago State's Felix Antoine Savard in Flight A singles, 6-1, 6-2. Schorsch will take on DePaul's Alex Galoustian on Saturday morning at 10:00 a.m. in a semifinals match.

Gardner was one of the first singles matches to end Friday. He defeated DePaul's Conor O'Meara 7-6 (1), 6-3 to set up a semifinals showdown on Saturday opposite Cleveland State's Andre Mick in Flight C.

In addition to Marquette and Valpo, Ball State, and Wisconsin participated on the men's side.

Kissell dropped a tight 6-4, 6-4 contest to Jakhongir Jalalov while Darius Mackenzie got past Savaglio, 7-6, 6-4.

Play continues Saturday at both locations.

The Crusaders will take on the Badgers in doubles at 11:00 am before meeting Marquette in singles play at 1:00 pm in Wisconsin.

The Valpo Fall Invitational will get underway at 9:00 am at the Valpo Tennis Complex, weather permitting. In the event of inclement weather, the tournament will finish inside the Courts of NWI.