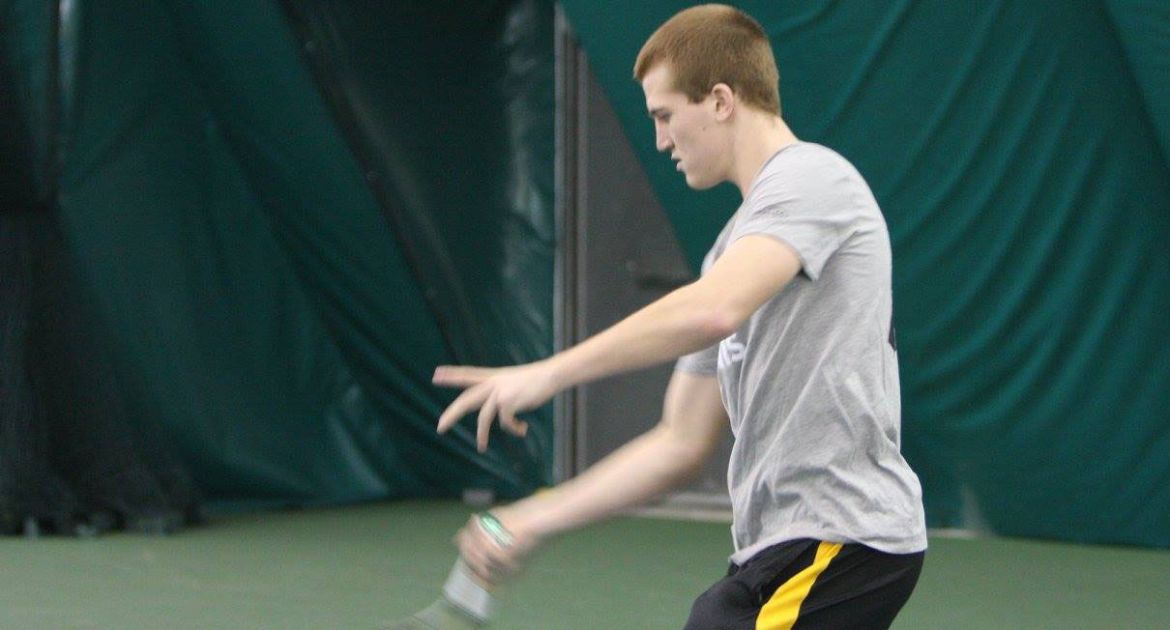 Chad Kissell earned both a singles and a doubles win on Friday at Duke.

The Valparaiso University men’s tennis team split its squad on Friday to open the 2016 fall campaign. Four Crusaders opened action at the James Bonk Invitational, hosted by Duke in Cary, N.C. The remainder of the team stayed behind to compete in the Valpo Fall Invitational, which started on campus at the Valpo Tennis Complex and moved due to weather indoors to the Courts of NWI.

How It Happened – Duke

How It Happened – Valpo

Action continues from both Duke and Valparaiso on Saturday. The Valpo Fall Invitational is scheduled to conclude tomorrow, while the James Bonk Invitational will go through Sunday.