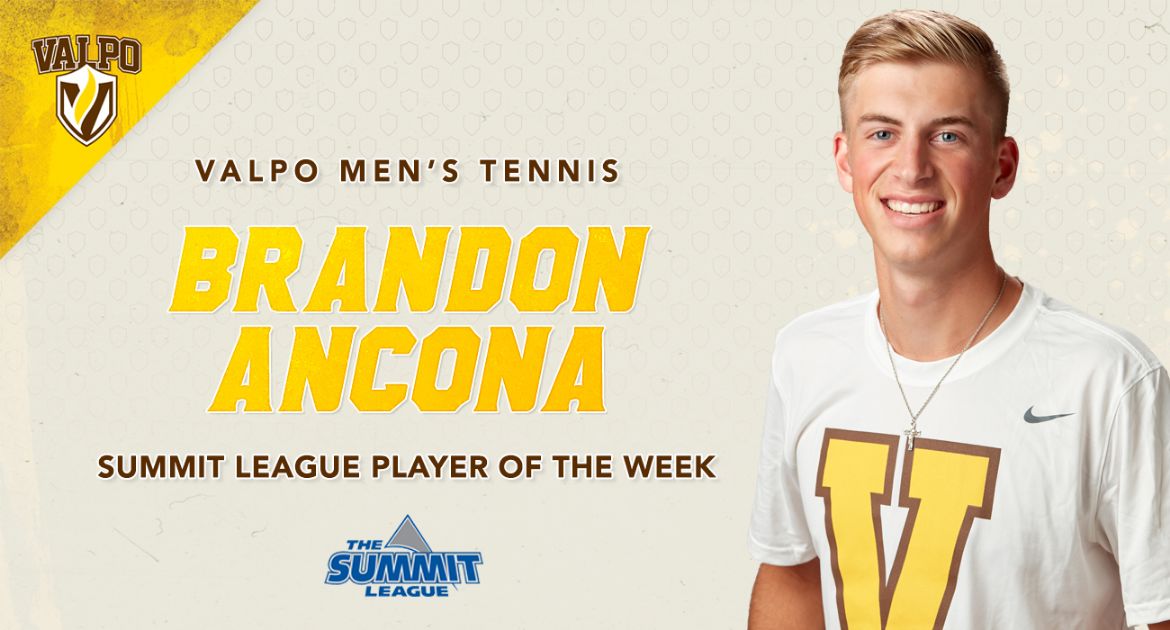 The Valparaiso University men’s tennis team received its first weekly award as a member of the Summit League on Tuesday as the league named Brandon Ancona (Belvidere, Ill. / Rockford Christian) its Player of the Week.

The Valpo sophomore played a key role as the Crusaders defeated Illinois State 5-2 on Saturday for their first Summit League win as a first-year affiliate member. Ancona came from behind to garner a victory at No. 3 singles, beating Andreas Boers 2-6, 6-3, 6-2.

He also took part in the match that decided the doubles point at No. 2 alongside teammate Chad Kissell. The duo defeated Boers and Pol Ruis Botifoll 7-6(3) after the two teams had split on the other two doubles courts. That victory allowed Valpo to establish a 1-0 lead in the match and set the tone for the eventual team win.

Ancona has 12 singles wins and 14 doubles triumphs on the year. He was the only Crusader to prevail in both singles and doubles against the Redbirds on Saturday, helping Valpo up its record to 1-1 in league play. This is the first weekly award of Ancona’s career.

The Crusaders will be back on the court on Friday, March 30 as they host Oral Roberts in Summit League play. The match is slated to begin at 10 a.m. CT and is likely to be held at Match Point Tennis Club in Griffith, although it could take place outdoors at the Valpo Tennis Complex if the weather cooperates.