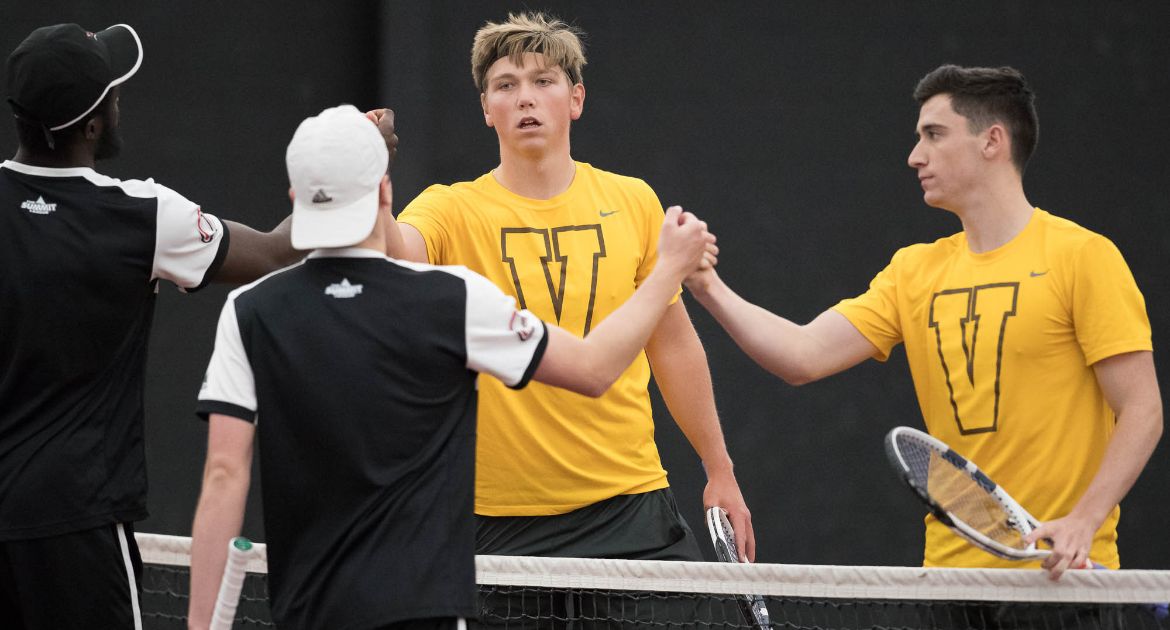 The No. 3 doubles win for Brian Pecyna (left) and Franklin Brozovich (right) proved pivotal on Wednesday.

The Valparaiso University men’s tennis team sustained its Summit League success on Wednesday night by edging Omaha 4-3 at Miracle Hill Tennis Center in Omaha, Neb. The lower portion of the Valpo lineup came through in a big way, as wins at No. 2 and 3 doubles and No. 4, 5 and 6 singles carried the Crusaders to the narrow triumph.

The Crusaders will return home to host South Dakota State on Friday at 2 p.m. at Match Point Tennis Club in Griffith. That will mark the penultimate Summit League match of the regular season for the Crusaders.