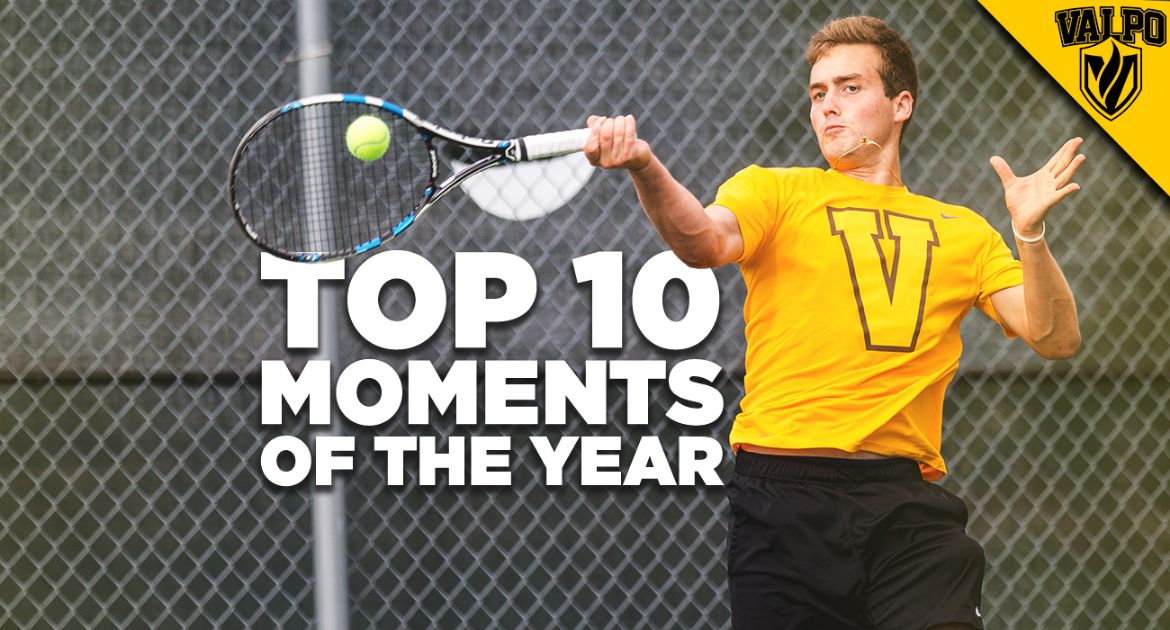 The Valparaiso University men’s tennis team made its fourth straight league championship appearance after a climactic 4-3 victory over four-time defending Summit League champion Denver in a league semifinal in Colorado.

Daniel Langston played the role of hero, coming from down 5-1 to take a pressure-packed third set, snapping a 3-3 deadlock and clinching the win for Valpo. The victory avenged a 4-3 regular season defeat to the Pioneers.

Check back on Saturday as we unveil the No. 4 moment of 2018 in Valpo Athletics.