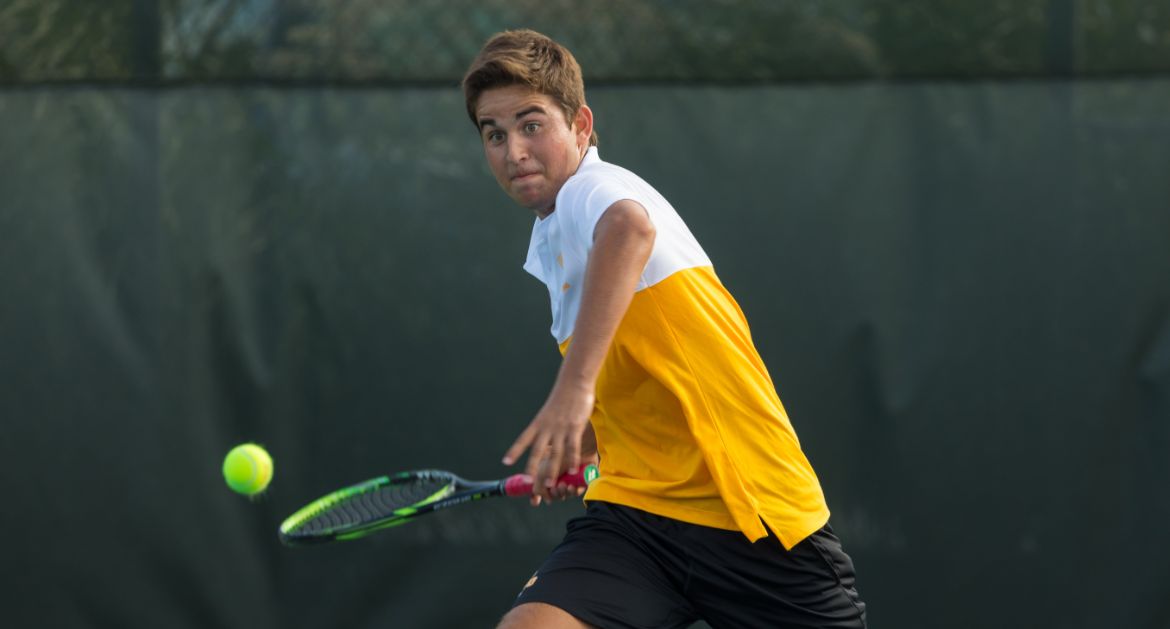 Oscar Mendoza picked up the match-winning victory on Friday against Ball State.

The Valparaiso University men’s tennis team bounced back from dropping the doubles point to win a close 4-3 decision over Ball State on Friday afternoon at The Courts of Northwest Indiana in Valparaiso. Freshman Oscar Mendoza (Guayaquil, Ecuador / Interamerican Academy) came through with the biggest win of the day, climbing from behind to prevail at No. 5 singles, clinching the victory for his team. The win was also significant as it allowed Valpo head coach Jim Daugherty to defeat his alma mater.

Valpo (4-3) will play the second of back-to-back matches on Saturday evening at Purdue. Live results and a live stream are expected to be available courtesy of Purdue Athletics. That match begins at 5 p.m. CT / 6 p.m. ET.