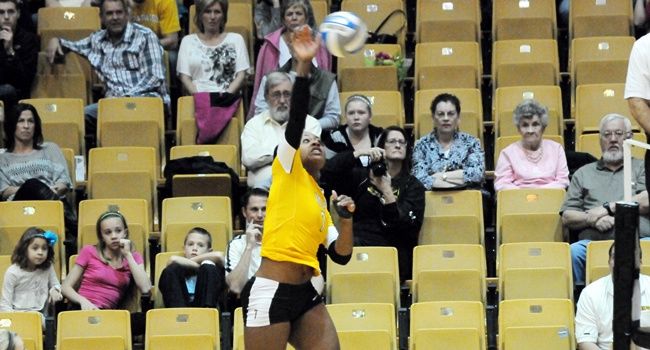 Mary Dent was named to the All-Tournament Team. (Ray Acevedo)

Valparaiso senior Mary Dent (Chicago, Ill./Von Steuben) closed out her Crusader career by being named to the Horizon League All-Tournament Team, it was announced on Sunday.

Dent hit .455 with 12 kills in Valpo's quarterfinal win over Youngstown State on Friday night, including a six-kill performance in the first set to get the Crusaders off on the right foot in the sweep of the Penguins.  The senior then posted a team-high 14 kills in the semifinal matchup against UIC, including four kills in the fifth set as she attempted to help advance Valpo to the championship match.