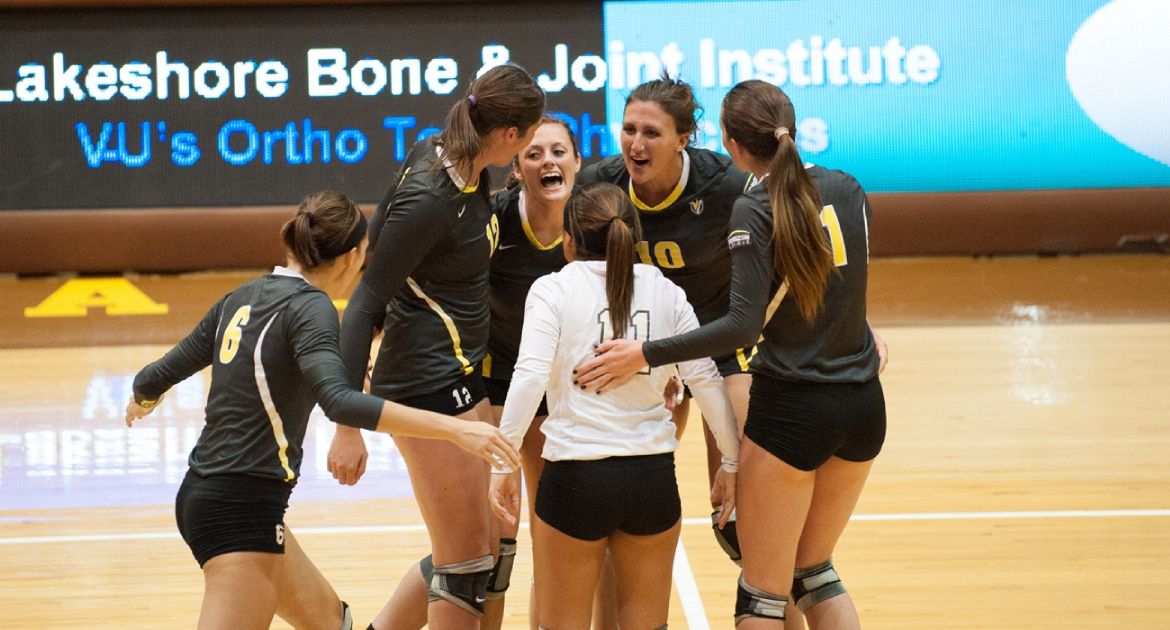 The pair of wins continued one of the best starts in program history, as the Crusaders now own a 9-1 record through their first ten matches of the season.  This is the fourth time under head coach Carin Avery that Valpo has won nine of its first ten contests.  Meanwhile, the tournament title is the 19th in Avery’s 13 seasons as Crusader head coach – seven of those seasons have seen Valpo capture multiple tournament championships.

Campbell picked up her first career tournament MVP honor and her third All-Tournament Team nod after continuing her torrid start to the season.  The sophomore averaged a team-best 4.44 kills/set on .323 hitting in the Crusaders’ trio of sweeps, and also enjoyed her most productive weekend of the season defensively, posting 4.33 digs/set.

Graboski captured her first career All-Tournament Team award with an efficient weekend, totaling 20 kills while swinging at an impressive .484 clip, while Longoria earned the second All-Tournament honor of her career, averaging 3.89 digs/set.

In Saturday’s first match, the Crusaders and Drake battled back and forth throughout the first set, with Valpo finally taking control thanks to a late 5-0 run which turned an 18-17 deficit into a 22-18 lead.  The Crusaders had no such issues in the final two sets, posting set-opening runs of 7-0 in the second frame and 9-2 in the third set to cruise to the sweep.

The Crusaders never trailed in taking the opening set against tournament host UT-Martin in the weekend’s finale, but had to rally to earn the second set win.  Valpo actually trailed 9-5 before putting together a 7-2 spurt to take a 12-11 lead and would never fall behind again.  Then the Crusaders closed the weekend by surrendering a tournament-low 14 points in the final set, as an 11-3 run through the midway point of the frame pushed a one-point lead to nine.

Campbell tied for match-high honors in the finale with 10 kills and ended the tournament with three double-doubles in as many matches, as she also tallied 13 digs.  Longoria paced all players with 17 digs, while Berrington handed out 28 assists.

Valparaiso (9-1) steps away from tournament play for a Tuesday non-league match at Toledo.  First serve is slated for 6 p.m. CT, with live stats available through ValpoAthletics.com.