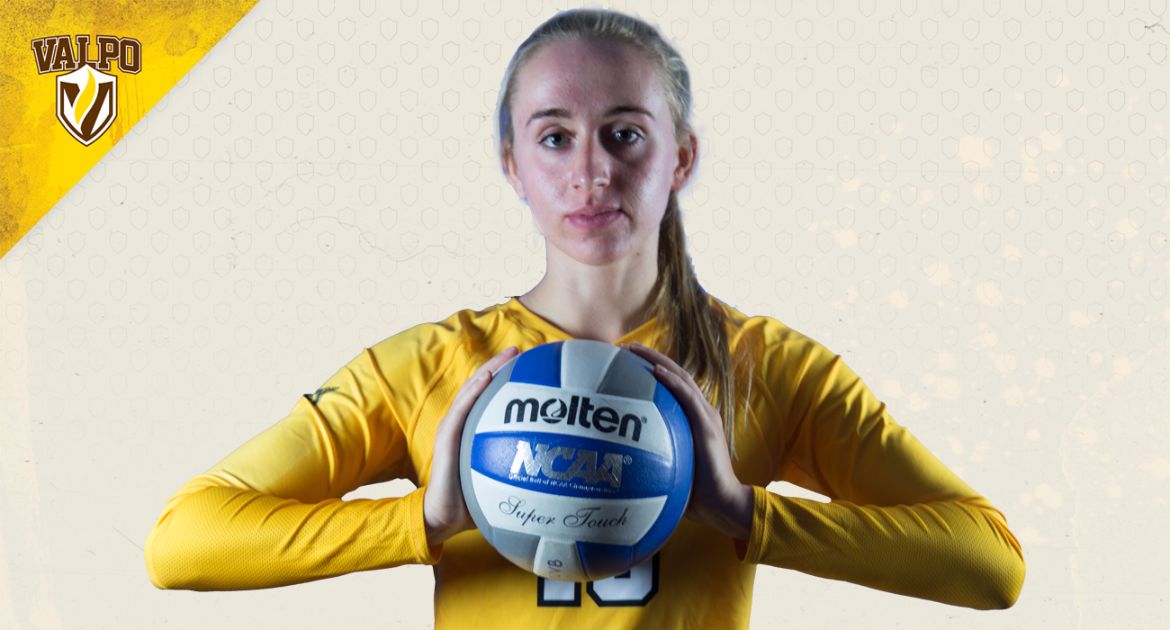 Valparaiso University volleyball freshman Ally Cummings (Novi, Mich./Novi) represented the Crusaders on the All-Tournament Team at the conclusion of the Jackrabbits Invitational. Cummings is the third Valpo rookie to earn All-Tournament honors in the first two weeks of the season.

Cummings opened the weekend with nine kills against CSU Bakersfield, and then tallied five kills on .273 hitting in just one set of action versus Northern Arizona. The freshman saved her best effort for last, helping the Crusaders to a sweep of South Dakota State as she hit .471 with nine kills and added three blocks as well.

For the weekend, Cummings hit at a .274 clip, averaging 2.88 kills/set. Cummings is the third Crusader freshman to be named to an All-Tournament Team through just two weekends of action, as fellow rookies Brittany Anderson and Rylee Cookerly earned All-Tournament accolades on opening weekend at Notre Dame.