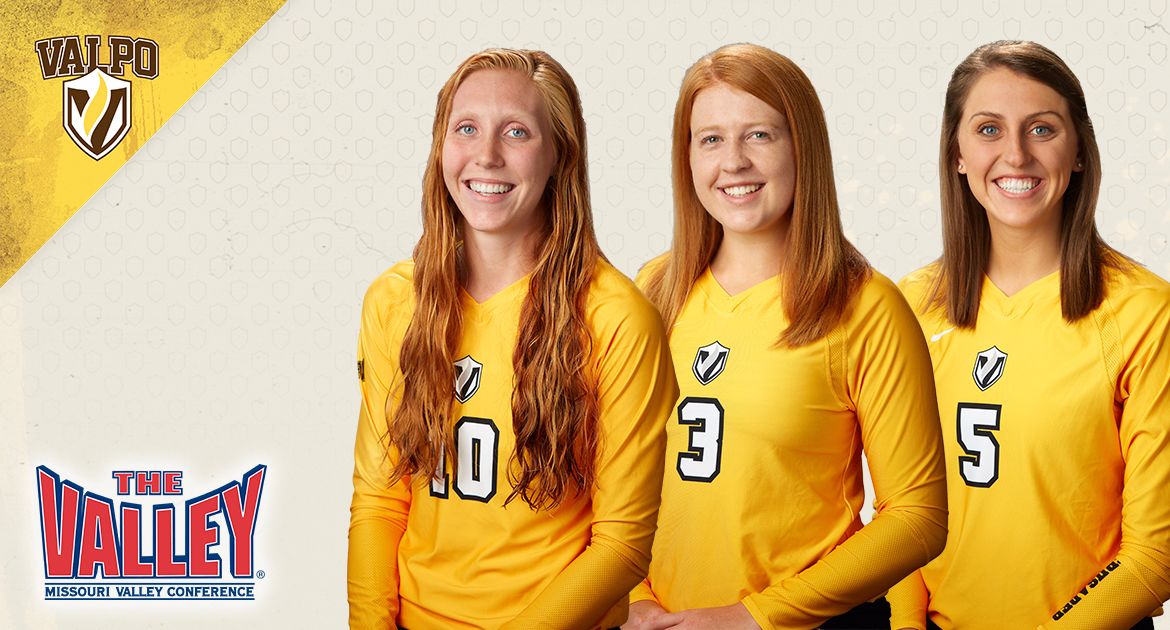 Ketcham earned First Team Scholar-Athlete accolades following yet another stellar defensive season for the Crusaders. The junior averaged 4.31 digs/set – good for ninth in the MVC and tops among all non-liberos. Ketcham has helped the Crusaders to the top spot in the nation in digs/set as a team with her work defensively, while adding 2.12 kills/set as well. In the classroom, Ketcham maintains a 3.99 cumulative GPA as an exercise science major. This marks Ketcham’s second career academic accolade from a league office, as she was previously named to the Horizon League’s Academic All-League squad in 2015. Last week, Ketcham was also named a CoSIDA Academic All-District recipient.

Bronner led the Crusaders’ charge at the net as Valpo paced the conference in blocks/set, both overall and in conference-only play. The junior totaled 107 blocks during the regular season, averaging an even one block per set to help limit Valpo’s opponents to .172 hitting on the year. Offensively, Bronner chipped in 1.85 kills/set on .249 hitting as well. In the classroom, Bronner maintains a 3.70 cumulative GPA as an elementary education major.

Carlson led the MVC in service aces, totaling 41 on the season, and was among the Crusaders’ leaders on both sides of the ball as well. The junior ranked second on the team with 2.65 kills/set and contributed to Valpo’s strong back-row play as well with 3.67 digs/set. In the classroom, Carlson maintains a 3.94 cumulative GPA as a business management major.