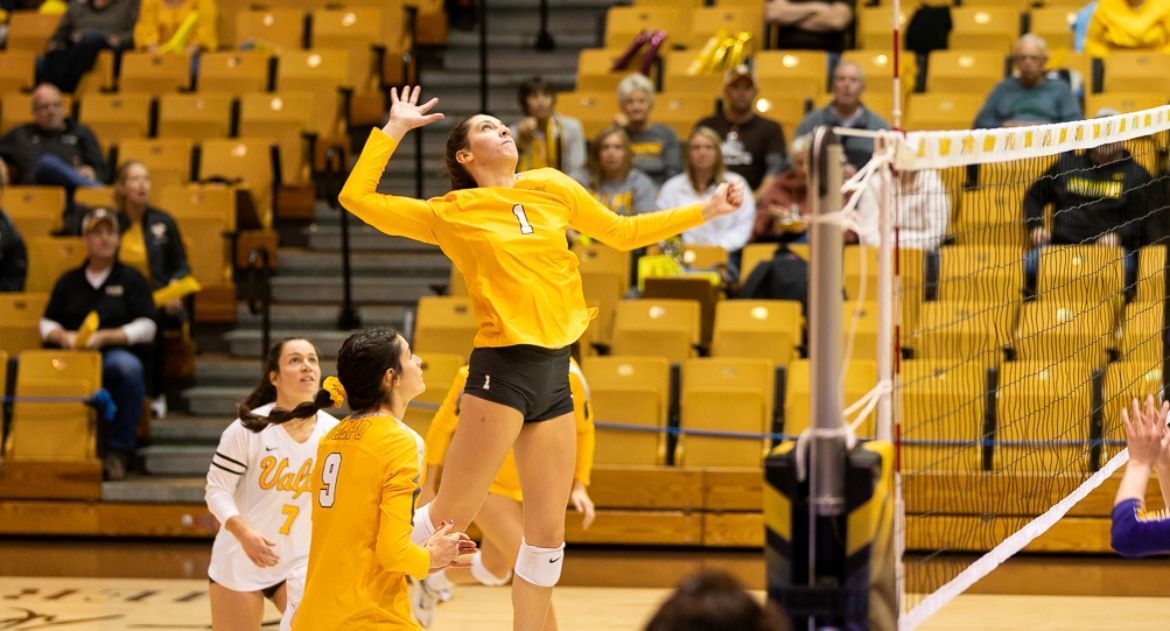 The Valpo volleyball team improved to a perfect 6-0 at the Athletics-Recreation Center this season and solidified its spot in the top half of the MVC standings with a 3-1 (25-18, 25-22, 23-25, 25-16) victory over visiting UNI on Monday evening.

Valpo (17-7, 8-5) continues a stretch of four straight home matches — its final matches at the ARC this season — on Friday when it hosts MVC-leading Loyola. First serve is slated for 6 p.m. and can be seen live on ESPN3.