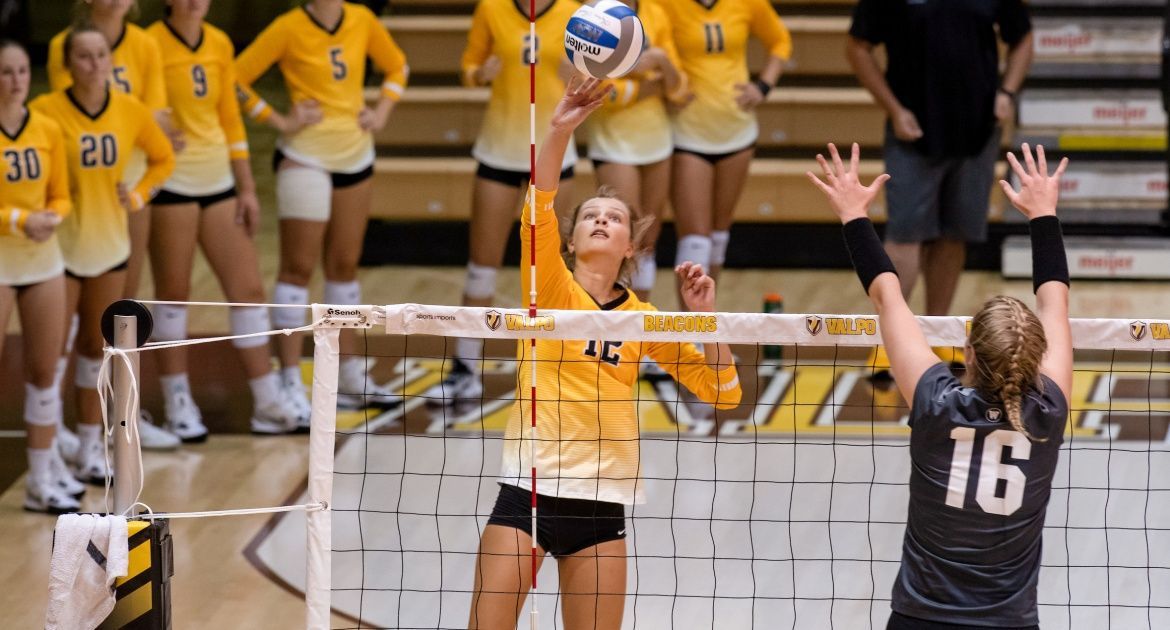 The Valpo volleyball team put the proverbial cherry on top of a perfect run through the pre-conference portion of its schedule on Saturday, sweeping Houston Baptist (25-21, 25-22, 25-20) to win the Roadrunner Classic in San Antonio, Texas. The tournament title is the fourth of the season for the Beacons, setting a program record for most in-season tournaments won in a single campaign, and extended the best start in program history to 12-0.

With the nonconference slate behind it, Valpo (12-0) turns its eyes to the Missouri Valley Conference schedule. Conference play gets off to a quick start with three matches in four days next weekend, starting with a Friday night match against UNI. First serve Friday evening is set for 6 p.m. and the match can be seen live on ESPN3.