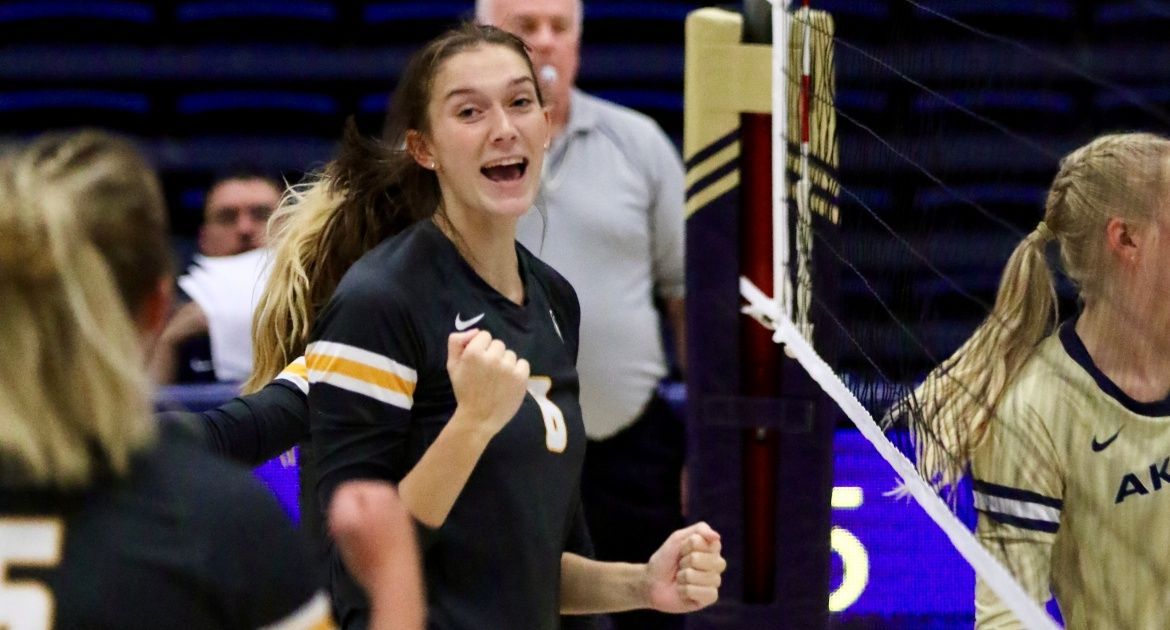 After enjoying a lethal weekend on the attack which included an entry in Valpo’s single-match record book, junior middle Mallory Januski (Bourbonnais, Ill./Bradley-Bourbonnais) was honored as Tournament MVP of the Roadrunner Classic. She was joined on the All-Tournament Team by setters Victoria Bulmahn (McCordsville, Ind./Mt. Vernon) and Addy Kois (Osceola, Ind./Penn), as the duo kept the Beacons offense running at a high level all weekend.

Januski posted kills on over 60% of her swings over Valpo’s three victories and hit better than .400 in all three wins, highlighted by her performance in the victory over Incarnate Word. The junior tied her career high with 12 kills in the win over the Cardinals and hit at a career-best .688 clip, a mark which is second-best in a five-set match in program history. Januski followed with six kills on .417 hitting in a sweep of host UTSA and closed the tournament by hitting .500 with eight kills in the sweep of Houston Baptist.

For the weekend, Januski hit at an incredible .548 clip, averaging a team-high 2.89 kills/set. She was strong defensively as well, posting nine blocks over the three wins — including a weekend-best four in the sweep of the hosts.

Valpo’s attack entered the final weekend of nonconference play ranked in the top-10 nationally in kills/set, and the duo of Bulmahn and Kois kept up the pace offensively with their setting work in the three wins. The Beacons hit .250 and averaged 14.64 kills/set for the weekend.

Bulmahn tallied 54 assists and 17 digs over the three wins. The junior narrowly missed a double-double in the win over UIW, registering 20 assists and nine digs, and then recorded 19 assists with a .463 setting percentage in the sweep of UTSA.

For Bulmahn, this is the second All-Tournament honor of her career, while Januski and Kois both earn All-Tournament recognition for the first time. In the three nonconference tournaments which recognized All-Tournament Teams, the Beacons had nine different players represented.